The video, which PEOPLE exclusively premieres, follows Bentley as he acts out several scenes inspired by TV shows such as Game of Thrones, MacGyver and Full House

Dierks Bentley just dropped the music video for his song "Gone," which follows the scruffy country star as he lays in a vintage hotel bed and watches versions of himself playing 13 different iconic roles on an old TV set. (PEOPLE can exclusively premiere the fun music video and a behind-the-scenes clip below!)

The video flashes between performance shots and silly TV and movie, while also sharing several parodied commercials, including a hilarious perfume one.

"It just always ends poorly for me in this video. I definitely had a lot more fun making it than it looks though," the country star, 45, tells PEOPLE. "We got to film a bunch of scenes inspired by some of my favorite shows like The Office, MacGyver, Game of Thrones and Full House."

"And I got to collaborate with some new directors I've never worked with, so I left at the end of a really long day feeling really happy and inspired about a kind of sad song," he adds.

In one scene, the singer — in full GOT-warrior attire — gets set aflame by a fire-breathing dragon after trying to face the creature with a sword. In another, he's seemingly attacked by a Jason-inspired character in a horror scene. And in a third, the star picks up a banana after a The Office-fashion prank.

The clip was shot in Nashville in November and produced by Lora Criner, Angie Lorenz and J.R Wilson, directed by Wes Edwards, Ed Pryor, Travis Nicholson, Running Bear and Sam Siske, with animation by Skylar Wilson.

The singer also shares a behind-the-scenes video of the music video with PEOPLE as he and the video's creators explain the clip's premise while bloopers show onscreen.

"This is my look for the music video today. The idea of the video is — like the song says — I'm watching TV all day long," says Bentley in the PEOPLE exclusive clip. "On TV, I'm seeing myself in various roles that always ends poorly for me."

Bentley dropped the single in late October. It's his first track since the platinum-certified "Living" in 2019. (This year, he also appeared on the Trolls World Tour soundtrack with "Leaving Lonesome Flats.")

"It may look like I'm just laying around… but 13 different characters later… well… you'll see in the new music video #gone…" he wrote on Instagram with a teaser clip. "Out tomorrow. Can't wait for y'all to see it." 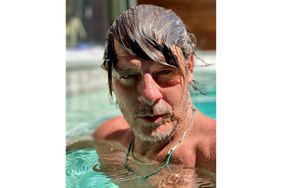 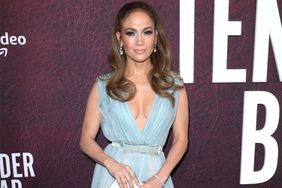