Following their November engagement, the couple is planning for their wedding

Dan Smyers, half of country music duo Dan + Shay, has a lot to celebrate.

Not only is Smyers out on his band’s biggest headlining tour to date, he’s also engaged and planning a wedding with fiancée Abby Law!

“Trying to juggle [the tour] and wedding planning is a handful but it’s going to be a good year for us,” Smyers, 29, tells PEOPLE exclusively.

Smyers proposed to Law on Waikiki beach in Hawaii in November, and the couple of three and a half years are planning to wed early this summer.

One step closer to tying the knot, PEOPLE has the first look at their adorably romantic engagement photos.

“It was really representative of us honestly—laid-back and low key,” Law says of the shoot. “We got an Airbnb here in Nashville that was super light, airy and beautiful.”

She continues: “It was with our photographer that will also be shooting our wedding, so it was a really great trial run for us. She captured us so well.”

And, of course, the engagement photos wouldn’t be complete without the couple’s four-legged family, Chief and Joy.

“There are some shots of our dogs because they’re such an important part of our life — we had to include them,” says Law.

The animal-loving duo’s pups will even take on a bigger role in the ceremony — as members of the wedding party.

“They are the most important bridesmaid and groomsman,” jokes Smyers, as Law shares, “I’ve ordered a tux and a dress for them — so they will be dressed up!”

Rescue dogs are a big part of the couple’s life, and they recently added foster dog Ghost to the family. The two often volunteer and foster dogs through Proverbs 12:10 Animal Rescue in Tennessee.

“We’ve included a fundraiser for Proverbs in our registry,” explains Law. “We’ve built a life together over the past few years and didn’t really need a lot of stuff, so we included it if someone wants to donate.”

Law says that her wedding planner is also working on getting copper pieces pressed to say something about Proverbs as a “memento and something that’s really special” to them.

Smyers says the ceremony will take place in Nashville, their “favorite place in the world.”

“It’ll be awesome to have all of our friends and family together in Nashville — a lot of them have never been here. We built our love story in Nashville and it’ll be cool to get everybody there to see where it all began for us,” he says.

Though the day will be all about adding personal touches, Law admits it’s going to be bigger than either of them had originally anticipated.

“We were going to try and keep it super small, but we have so many people that we love and care about and we both have decent-sized families,” says Law. “The numbers add up really quickly, but it’ll be great.”

When it comes to planning, Law says there have been no arguments.

“Dan has been so busy so I think it’s actually prevented a lot of issues with wedding planning,” she says. “I don’t foresee any problems with bridezilla or groomzilla in any part of our wedding planning because we just want it to be fun and enjoyable for everyone.”

Between rescuing dogs, buying a house and living together, Smyers says that the wedding will be “a cool celebration” of their union.

“I think we’ve acted like [husband and wife] for the past few years so it’ll be nice to make it official,” he says. “Everybody’s story is different, everybody’s timeline is different but by the time we got engaged, we were so familiar with each other that there wasn’t anything foreign or scary.”

Law shares the same sentiment: “We’re very much looking forward to being husband and wife because our life has been really wonderful together.”

“He looks just like Shay — he’s one of the cutest children I think I’ve ever seen,” says Law. “Dan is on the road a lot with Shay so I try to extend a hand when I can. [Hannah] definitely has her hands full.”

One of the best parts of being a part of a duo to Smyers is being able to grow with Mooney, both personally and professionally.

“We’re at a different place from where we wrote our first album and now we’re here,” says Smyers. “It’s cool to see the fans grow up with us and get involved whenever we post pictures of our engagement, or Shay having his kid, or rescuing a new dog. We’ve got social media to thank for that.”

Since Smyers is out on tour with Mooney — their latest single “How Not To” is currently in the Top 15 — Law has been planning “99.9 percent” of the wedding.

“It’s awesome to have a supportive significant other to allow me to chase my dreams and follow my passion,” says Smyers. “It’s going to be cool to have a few weeks off around the wedding and take a rest and enjoy that moment.”

He adds: “It’ll happen in the blink of an eye I’m sure so we’ll try to appreciate every minute of it, spend the time together and then be back out for a busy summer on the road.”

For more on Dan Smyers and Abby Law’s engagement, pick up the latest issue of PEOPLE, on newsstands Friday. 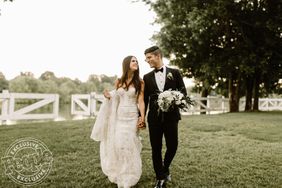 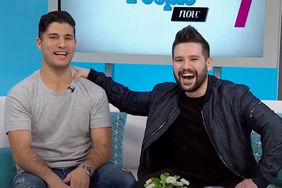 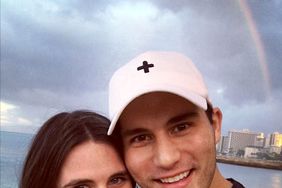 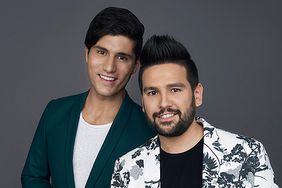