Erin Andrews will return to the CMT Music Awards as co-host for the second year in a row.

And surprise! NFL star JJ Watt will also perform the role of a master of ceremonies.

On Wednesday, CMT announced that the sportscaster and Dancing with the Stars personality will team up with the Houston Texans defensive end for the June 8 award show.

“I’m thrilled to come back to Nashville to co-host the CMT Music Awards,” Andrews said in a statement. “I had so much fun last year, and I can’t wait to see what antics JJ and I will get into together. Plus, there’s nothing better than seeing my favorite country artists get recognized for their great work.”

While Andrews is a TV veteran on the sidelines and in the ballroom, the CMT bash marks Watt’s first hosting gig.

“Having presented at the CMT Awards last year, I got a first-hand look at the energy and excitement of the event and I am very excited to be involved in a much larger capacity this year as co-host,” Watt shared. “There are two things that I know about the people of Nashville… they love country music and they know how to throw a party. When you put those two things together, it makes for one heck of a night. I can’t wait to host the awards with Erin and be part of such a great night, honoring the biggest stars in country music.”

Not only did CMT announce this year’s co-hosts, but the network also revealed some of the A-list names who will be presenting. Actors Vince Vaughn, Rob Riggle, Joey Lauren Adams and Madison Iseman are set to announce the winners along with NASCAR driver Danica Patrick and country artists Charles Kelley, Cole Swindell, Dan+Shay and Kellie Pickler.

In addition, the award show will feature a special pop-country mash up of “Work From Home” by Fifth Harmony and Cam.

The first slate of performers was announced one week ago. 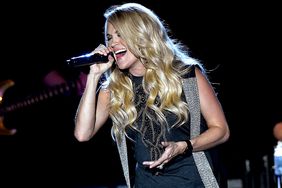 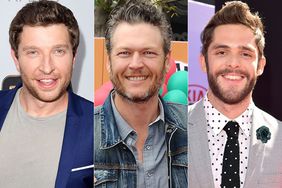 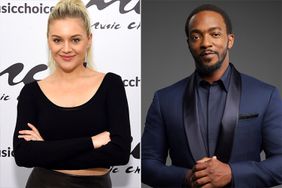