Beyoncé made her CMA Awards debut Wednesday night with a performance of her song “Daddy Lessons” accompanied by the Dixie Chicks. And while the six-minute production had some of the biggest country artists in attendance on their feet, viewers at home had mixed reactions.

Social media users shared their excitement and glee over the Lemonade singer’s collaboration with the country trio, however many also took offense to both artists, with some noting their opposition against Beyoncé’s recent activism for police reform and the Black Lives Matter movement.

Amid the backlash online, members of the BeyHive noticed that a promotional post from Wednesday announcing Beyoncé’s surprise appearance had been deleted from the CMA Twitter and Facebook pages. What followed was speculation that the awards show had purposely got rid of the posts in response to the negative comments.

“CMA has not erased any mentions of Beyoncé’s performance on the CMA Awards. In advance of the broadcast, CMA removed a 5-second promotional clip from ABC.com and CMA’s Facebook page,” the Country Music Association said in a statement to PEOPLE.

“The promo was unapproved and CMA removed it prior to the broadcast. Beyoncé’s performance with Dixie Chicks was a highlight of the evening and we are continuing to share the amazing full-length performance clip via our official social channels,” the statement concluded.

Sarah Trahern, chief executive of the CMA, also clarified to the New York Times that the promotional clip of Beyoncé was removed on Wednesday before the performance “at the request of the singer,” explaining that, “Beyoncé’s team hadn’t approved that, so we pulled it down. Fans can get kind of passionate and read other things into it.”

Trahern stated that the pop star had only authorized one official live video of the song on ABC.com.

After her performance aired, Beyoncé, 35, uploaded exclusive BTS photos on her personal website Beyonce.com in addition to releasing a Dixie Chicks collaboration of “Daddy Lessons” on Soundcloud.

While Beyoncé has yet to comment on the controversy, the Dixie Chicks tweeted on Thursday, “If we all turn this up really loud, together we can drown out the hate.” 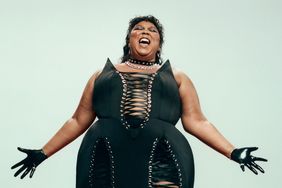 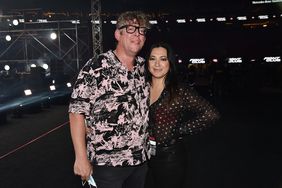 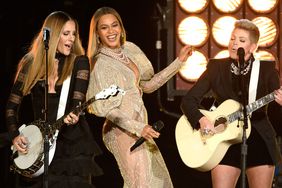