"When she walks out, that's the big moment for me," Clint Black tells PEOPLE. "I get a kick out of it."

After a long wait between albums, Clint Black is understandably excited about all his new music, but the country star admits to playing favorites when it comes to singing with his wife, actress Lisa Hartman Black.

The two duet on “You Still Get to Me” from On Purpose and though the couple are nearing their 24th anniversary, Black tells PEOPLE the song puts it perfectly.

“As soon as she opens her mouth and starts singing it does something to me,” says the singer. “I know the wonderful person behind that voice so it becomes a great big joy for me.”

After more than two decades together, “the attraction is still there,” Black says. “She’s even more beautiful today, especially knowing what she is on the inside. She cares and loves bigger and better than I could so I’ve been elevated to do a bigger and better job at loving and being kind and considerate.”

There’s no great secret to their lasting relationship, he says. “We started out in love and committed, and then we did all of the things we thought would support that commitment, communication being huge. You have to grow together or you will grow apart.”

Meanwhile, the couple’s daughter, Lily, has been growing up. “She’s 14 and the big challenge is knowing when to get in or stay out of her drama!” Black says. “The other tough thing is keeping her on track to round out her education. The school work is tough and we have to figure out how to balance her life so she has fun but also gets her work done.”

And then there’s dating. “The boy thing is there and it’s all I can do to not say everything that’s on my mind!” he says. And while there’s no boyfriend at the moment, Black jokes that he has a ready approach for future love interests: “I’m the guy around the corner in the garage that just says hello and says, ‘I have to get back to cleaning my guns.’ ” 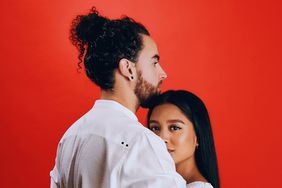 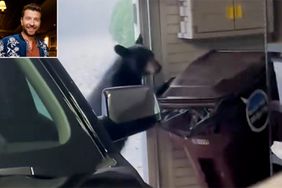