Chris Young on How His New Collab with Kane Brown Came to Be: 'This One Has a Lot of Truth in It'

"Kane and I have gotten to know each other over the years," the country star tells PEOPLE. "From him being on tours with me, from us writing together, from me guesting on his album in the past ... All of this worked out as perfect as it possibly could on one song"

Chris Young and Kane Brown have teamed up for their new tune "Famous Friends" — and it's been a long time coming.

Young, 35, and Brown, 27, dropped the song on Friday. Speaking straight from Nashville, the "Raised on Country" star opened up to PEOPLE (the TV Show!) about the latest country collaboration.

"Kane and I have gotten to know each other over the years," he tells PEOPLE. "From him being on tours with me, from us writing together, from me guesting on his album in the past. All of this stuff came together. [The song] is fun, it's super uptempo and I got to sing with my buddy Kane. All of this worked out as perfect as it possibly could on one song."

"This one has a lot of truth in it, as far as everybody that gets named in this song is an actual person," says the star, who is now officially a famous friend himself. In the tune, Young mentions his hometown of Rutherford, Tennessee, while Brown name-drops Hamilton County, Georgia, where he was raised.

"One of my favorite lines is actually the hook, the actual chorus and the way that it's set up," says Young. "It [goes], 'You might not know 'em here / in this big city we're in / but when I go back home / I got some famous friends.' I wrote this with two of my buddies, Corey Crowder and Cary Barlowe, the same two guys that I wrote 'Raised on Country' with. We actually wrote this the same weekend. This was the same bus trip. 'Famous Friends' was really that kind of song about your hometown and the people you grew up with."

"There's so many little special things about this that I'm so glad that it's going to get out there and see the light of day," adds the singer.

Young and Brown first met through a mutual friend, and not long after wrote songs together for Brown's debut EP. They soon teamed up to write Brown's RIAA gold-certified song titled "There Goes My Everything."

With a solid friendship and history of great teamwork, it's no surprise the country crooners joined forces once again for their all-new single. "This was completely organic," Young tells PEOPLE. "This is just between me and him and me shooting him a text saying, 'Hey, do you want to be on this song?' And him actually posting it this summer. He was like, 'Yeah, we've been listening to it out on the boat on the lake and everybody loves it.'"

Young already has a music video concept in mind. If he and Brown are able to safely shoot an accompanying visual amid the coronavirus pandemic, he would want to show a "gradual build throughout the video where you see things that are important to me and things that are important to him — even if it's people, if it's places, whatever that is. Then, towards the end of the video there's a big reveal."

But he's open to suggestions. "Somebody may come along with some idea I didn't even think of and I'd be like, 'Uh, yeah. Let's shoot that!'"

Young, who won the 2020 CMT Music Award for performance of the year, tells PEOPLE what that particular evening meant to him.

"It's actually very meaningful for a lot of reasons, but specifically because Kane had just lost a close friend and he was supposed to be performing that night and asked me to step in for him," reveals the star, referring to Brown's drummer Kenny Dixon, who was killed in a car crash last October.

"There's a lot of responsibility with that, especially with a song like 'Drowning,' which was a very important song to me that I wrote about a friend of mine that I lost too soon. It fit the moment, but there's also a lot of weight on that. You want that to be a meaningful performance when you do something like that, especially for a friend."

He continues: "[I was] so honored that I won performance of the year and everything that was wrapped up in that and all the emotions that went with it, it was a really, really awesome moment. This was a really serious moment, so it wasn't necessarily a happy call, but it was something that I was glad to do for him. And it was a full-circle moment because he was able to actually present me with that award on the show." 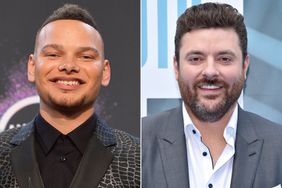 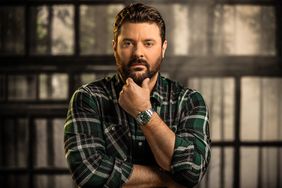 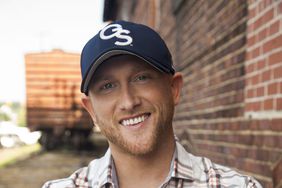