"We apologize for any inconvenience this may cause," the musician's team said in a statement

Chris Stapleton has postponed three weeks of his The All-American Road Show tour, as well as canceled his performance at the 2017 CMA Music Festival, his team announced on Wednesday.

A source close to the musician tells PEOPLE and EW that Stapleton has suffered a hand injury, necessitating the change in schedule. His rep had no additional comment.

In a statement shared through Stapleton’s website, the postponed shows – including those in California, West Virginia and Ohio – were listed. Concertgoers were advised to “hold on to your tickets” as Stapleton’s team said they are “working to reschedule.”

“We apologize for any inconvenience this may cause,” the statement read, before separately confirming the cancellation of Stapleton’s June 11 CMA Music Festival appearance.

Stapleton, 39, was previously plagued with vocal issues last year and was forced to postpone a Santa Barbara show after losing his voice. “I had to cancel a show because of playing stuff like this, where there is dust in the air,” he told Rolling Stone at Bonnaroo 2016. “We played two weeks at Coachella and the second weekend took me down.”

The first album of Stapleton’s two-part offering, From A Room, debuted in early May, with the second volume due out later this year.

Stapleton’s debut solo offering, Traveller, earned heaps of praise for the artist, nabbing him the best country album at the 58th annual Grammy Awards, as well as 2015 album of the year at the CMA Awards. 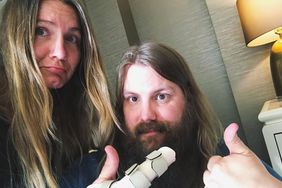 Chris Stapleton Confirms Broken Bone and Detached Tendon in Hand: 'I'm on the Road to Recovery' 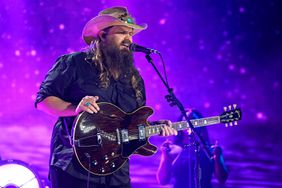