Chris Lane only has one decor request in the new abode: a big TV for Carolina Panthers games

Chris Lane may have “Big, Big Plans” with his fiancée Lauren Bushnell, but they definitely don’t include decorating his new house.

The couple, who got engaged in June in Bushnell’s parents’ backyard, recently purchased their first home together in Nashville. “I never truly realized how stressful it could be to start picking out the lighting, and what sink faucet goes here,” Lane told PEOPLE ahead of his set on Brad Paisley‘s 2019 World Tour in Charlotte. “It’s a headache but at the same time, it is fun to do that with her.”

However, Lane admits he doesn’t have many opinions when it comes to the vibe of their home: “She wants me to help her but at the end of the day, I’m like ‘Babe, I’m a guy. You’re going to have way better taste than me so whatever you feel like is best, let’s just go with that.'”

The couple did agree on a few things before purchasing the house, though, including that the abode had to be white brick with a “decently sized yard.” Inside, Lane, a native of Kernersville, North Carolina, only wanted one thing: “A big TV for Carolina Panthers football games.” But other than that, he’s pretty flexible.

“We both actually have the exact same style and likes, which makes this way easier for me,” Lane said. “I can just turn her loose and let her do what she wants to do.”

Bachelor Alum Lauren Bushnell Are Engaged: All the Proposal Details

In March, Bushnell moved to Nashville from Los Angeles, and into an apartment with the country star.

“Lauren moving to Nashville has been the best thing for our relationship. It’s been such an easy transition and she makes each day even better,” Lane told PEOPLE exclusively at the time. “There is nothing like waking up next to the person I love, going about my day — working out and working on music — and then coming back home to her! I’m a lucky guy.”

A few months after they moved in together, Lane popped the big question while they were in Oregon visiting Bushnell’s family for Father’s Day. He had been in the process of writing a song for The Bachelor alum, and went back in three different times to try to finish it. Initially, he didn’t know it would be the song he got down on one knee to, but during his final writing session, he had a “random idea.”

“I just thought, why don’t I write the third verse to point towards a proposal?” So he penned the lyrics: “Right now we’re back in her hometown, and I’m down on one knee. I guess she finally figured out, I’m gonna ask her to marry me.”

“I was worried a) that she wouldn’t like the song,” Lane told PEOPLE in August. “But she loved it, and b) she said ‘Yeah,’ so it just worked out.”

But Bushnell wasn’t the only one who liked the song. After seeing his proposal video set to the song he wrote, his fans demanded that the song be released.

“I had no intentions of releasing ‘Big, Big Plans’ out into the world, but after seeing the early reaction from our proposal video I realized people were asking for it and wanted to share the song with everyone,” Lane said. “It’s the best feeling when you can write a song that people love and can relate to. Now I’m seeing all these videos of people proposing with this song and that makes me happy.”

Ahead of his show in Charlotte, Lane gave Bushnell a glimpse into his past, taking her around his old college campus — UNC Charlotte — and showing her where he used to play baseball. But during the hometown show, he had a surprise for her, his fans, and his family in the audience. When his band started playing the melody for “Big, Big Plans,” he took the microphone, but instead of beginning to sing, he started talking.

“As y’all know, I recently got engaged,” he told the packed crowd at PNC Music Pavilion. “And I feel like I can’t come home and not introduce y’all to my girl. She’s gonna kill me for doing this, but, Lauren, come on out here.”

Lauren then joined him on stage and the crowd erupted in cheers as they shared a kiss. During the song, Lauren went back to the side of the stage, but sang every word as the camera focused on her on the big screen.

Since their engagement, the couple has been busy with moving and work, and Lane admits they haven’t really had time to focus on wedding planning.

“Right now, we’re just enjoying the engagement phase,” he said. “She’s working on a few things but we haven’t set a date or anything. My schedule is super packed right now, but as soon as she wants to do it, I’ll make time for it.”

Following the proposal in June, Lane shared exclusive details with PEOPLE, saying that he’s going to leave much of the wedding planning up to Bushnell.

“But, I’m sure she’ll delegate a few tasks to me — the biggest being the pastor, since that decision is important to me,” he said. “I’ll be there for her with anything she needs help with, but my plan is to tour and stay out of the way!”

Bushnell, though, called herself the “world’s worst planner.”

“I’m definitely going to need some help,” she said. “I have never really thought about what kind of wedding I want but I definitely want it to be laid-back and somewhat intimate. Oh, and late-night snacks. I’m all about having snacks after hitting the dance floor all night!”

Chatting with PEOPLE at the 2019 Academy of Country Music Awards in April, Lane opened up about the kind of wedding he and Bushnell would want in the future.

“I think she wants a smaller wedding,” he said. “So once we get to that point, whatever she wants, I’m down for.”

A wedding isn’t the only big plan Lane has in store for the future, though. On Sept. 3, the “I Don’t Know About You” singer announced his first headlining tour, which will kick off at the end of October and run through February 2020. He will be joined on the road by Gabby Barrett, Blanco Brown and Ernest. 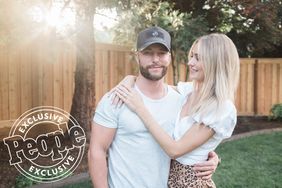 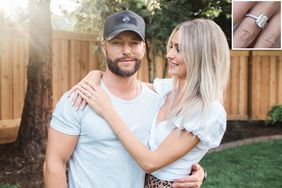 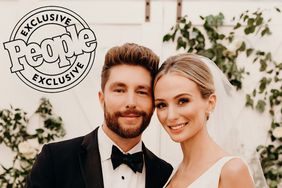 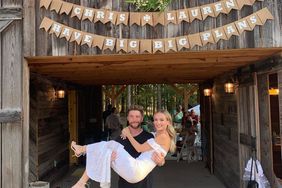 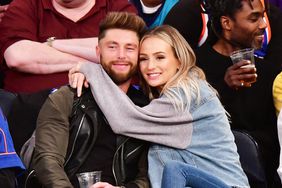 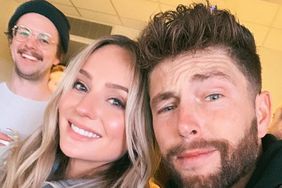 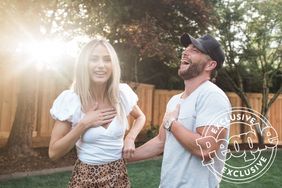