Chase Rice is in hot water after performing a concert over the weekend for a crowd that appeared to not be social distancing or wearing face coverings.

On Saturday, the "Lonely If You Are" singer, 34, posted footage on his Instagram Story taken from the stage at the Brushy Mountain State Penitentiary in Petros, Tennessee. "We back 😎," Rice wrote with the video, which showed a cheering audience in close proximity to each other without masks.

The concert quickly became controversial on social media as other country artists criticized Rice for holding a performance during the pandemic, including Kelsea Ballerini, who called him "selfish."

"Imagine being selfish enough to put thousands of people’s health at risk, not to mention the potential ripple effect, and play a NORMAL country concert right now," tweeted Ballerini, 26. "@ChaseRiceMusic, We all want (and need) to tour. We just care about our fans and their families enough to wait. 🤷🏼‍♀️"

"Black Like Me" singer-songwriter Mickey Guyton, 37, replied to Ballerini's post, writing, "An absolute selfish act. Shame on him."

Added 30-year-old Voice winner and musician Cassadee Pope, "Wait. Is this real? I’m so confused as to how this many people got approved by a venue to gather during a pandemic. Wtf?"

Meanwhile, country artist Cam, 35, added her own comments about the situation. "Everyone knows that Chase & Chris [Janson, who also held a non-socially distanced show over the weekend] as individuals are ....low hanging fruit. What if we aim higher? 🎯

American Idol mentor and radio host Bobby Bones, 40, also pointed out a different aspect of the situation. "Aside from the obvious ... probably also heavy liability here," he wrote. "Just talked to two different attorneys about this."

In a statement to PEOPLE, a spokesperson for the venue said that "all local requirements were abided by" for the event, and "numerous precautions were taken." According to the spokesperson, there were less than 1,000 concertgoers at the outdoor setting.

Guests were administered temperature checks upon entering and were given free hand sanitizer. Staff members were instructed to wear masks and gloves, according to the venue.

"We were unable to further enforce the physical distancing recommended in the signage posted across the property and are looking into future alternative scenarios that further protect the attendees, artists and their crews and our employees," read the statement in part.

"We are reevaluating the series from the top to bottom — from implementing further safety measures, to adding stanchions, to converting the space to drive-in style concerts, to postponing shows."

Ahead of the concert, Rice posted a video of himself practicing on Instagram, sharing his excitement to returning to live performances after several months sidelined. "Rehearsing for our first show back in four months tomorrow night, thank you Jesus🤯🙏🏻," he captioned the clip.

According to Rice's official website, he is currently slated for several upcoming concerts, including one on Friday in Ashland, Kentucky, though the coming shows are expected to be drive-in only.

Back in March, the country star wrote a song titled "Dear Corona," which he performed on Instagram, with lyrics about the frustrations in canceling large gatherings amid the ongoing novel coronavirus (COVID-19) pandemic.

Chase Rice Goes Deep with Message in New Music Video: 'Right Now Is All We've Got'

Rice told PEOPLE in early May that "I think all the major tours are going to be done for the year, but that doesn't mean music's going to stop. Sure. We're trying to plan together something where we can travel to the states that are open, the states that are legal to play, the counties that are legal to play and go to play to as many people as we can do in a healthy way, whether that's 500 people or whether it's 2000 people, go play music."

He continued, "I don't know what that's gonna look like yet, but there's a lot of people who are over this thing and ready to go out and do some stuff. And it's just the American constitution that allows us to decide for ourselves. So I think we're going to leave it up to the fans, and whether you guys want to come hang out and listen to some live music is up to them. And the ones that do, I think we're gonna have a great time this year and it'll be different shows then we were planning on doing, but I think that'll make it even cooler and more unique." 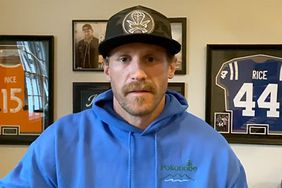 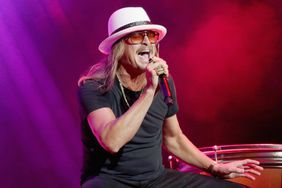 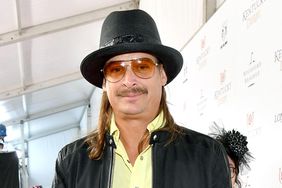 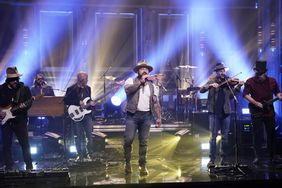