Carrie Underwood opened up in an emotional letter to her fan club on Sunday about “not quite looking the same” after suffering a scary fall in November, but at least one fan had no idea the country superstar had been so severely injured while spending time with her one month later.

On Dec. 12, Below Deck alum Adrienne Gang posted a photo of herself posing with Underwood, 34, at the gym. “Just worked out next to @carrieunderwood NBD… she is adorable and so gracious… LOVE HER!” Gang captioned the snap.

After fans pointed out it was the first time Underwood had been photographed since her accident, Gang reassured them that she looked “amazing” and added that she had “no clue” Underwood was injured.

In mid-November, Underwood revealed she had broken her wrist after falling on the steps of her house. Then on New Year’s Eve, the “Before He Cheats” singer revealed that in addition to having surgery on her wrist after the accident, her face also required “40-50” stitches.

“There is also another part of the story that I haven’t been ready to talk about since I have still been living it and there has been much uncertainty as to how things will end up,” she wrote in the note, obtained by PEOPLE. “It’s crazy how a freak random accident can change your life.”

“I honestly don’t know how things are going to end up but I do know this: I am grateful,” continued Underwood, who also announced she is back in the studio to record new music. “I am grateful that it wasn’t much, much worse. And I am grateful for the people in my life that have been there every step of the way.” 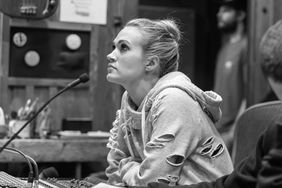 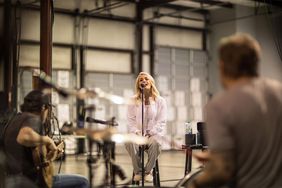 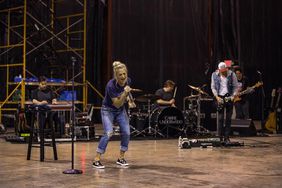 Carrie Underwood Shows Full Face for First Time at Rehearsal: Will She Perform at ACMs? 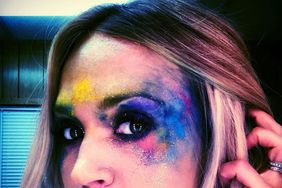 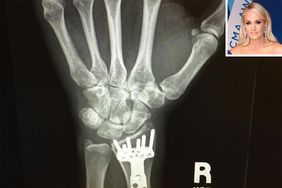 Put a Pin in It! Carrie Underwood's Broken Wrist Is 'Good to Go' Two Months After Surgery 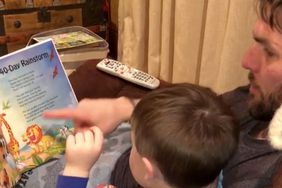