Carrie Underwood is joining the ranks of such music icons as Cher, Lady Gaga and Céline Dion, with her first Las Vegas residency.

The seven-time Grammy Award winner, 38, has announced her upcoming Reflection: The Las Vegas Residency, after a year of virtual performances. "Don't get me wrong, I'm so looking forward to getting back to normal and singing on a stage in front of people, but it was a kind of a forced slow down," Underwood tells PEOPLE.

"I guess absence also makes the heart grow fonder," she adds. "As far as the business and being slower and not being able to do all the things we normally do, I feel like everybody's just itching to get back at it. And I certainly gained an appreciation, a new appreciation for what this life is and wanting to get back in front of people on stage."

She's preparing to take the stage at the new Resorts World Las Vegas for an initial limited run of six shows from Dec. 1-11. "It's just going to be high energy. I want everything to just be super exciting and big," Underwood says.

"When I think of Vegas, I think of being a little over the top — I love wardrobe changes and scene changes and different lighting concepts," she adds. "And I feel like we're right now just in that planning phase of 'anything is possible.' And I just look forward to seeing it all take shape."

Underwood has had a busy year with her first gospel album My Savior, as well as her debut Christmas album My Gift. She also celebrated her third entertainer of the year win at the ACM Awards, becoming the first female artist to do so.

But she's digging into the archives for her Vegas run. "The whole thing when we started thinking about 'reflection' as our overarching theme, we really just wanted it to be like a 'best of' type situation," she explains.

"And I've got a few years under my belt now and been lucky enough to have songs that people will know and can sing along with me," Underwood adds. "I'm definitely looking forward to seeing all of the party people coming to Vegas to have a good time, to cut loose, let loose singing along to songs like 'Before He Cheats' and 'Good Girl' and 'Last Name' and this, all the sassy songs. I can definitely see it in my head already."

Underwood has also added a charitable element, with a dollar from each ticket sale going to the Make-A-Wish Foundation. "I love that it's like, we're all here together anyway, enjoying our night, we might as well be doing some good in the world as well," she says. "And it's such a small thing, $1 per ticket, but it really adds up. I've worked with Make-A-Wish for as long as I've been doing this." 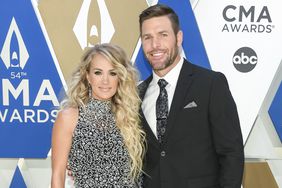 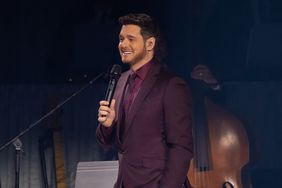