There’s nothin’ bad about this video!

In the clip above, Miranda Lambert and Carrie Underwood take us behind the scenes in the recording studio while they work on their catchy new duet, “Somethin’ Bad.” The superstars hit all the high notes – and even have time for a little fun – while laying down their tracks.

Though it looks pretty seamless in the video, Lambert has admitted that she was nervous about joining forces with her friend.

“When she came in the studio I was writing to [husband] Blake, ‘I’m in over my head, I don’t know what I’ve done!’ When you respect someone like that you get so nervous,” she told PEOPLE Country. “To hit the notes she hits, I would have to take off running and jump as high as I could.”

The two performed the duet live for the first time at May’s Billboard Music Awards in L.A., taking the stage again in Nashville in June, first at the CMT Music Awards and then at the CMA Music Fest.

“This song meshes our styles – it’s a great match of what she does and what I do,” Lambert shared. “I hope she’ll come to the dark side and we can explore something on video! I want the ‘Before He Cheats’ Carrie!” We look forward to that! 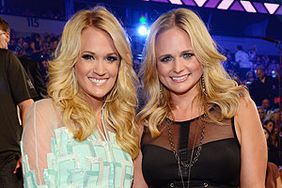 Miranda Lambert Was a Bundle of Nerves Over Carrie Underwood Duet 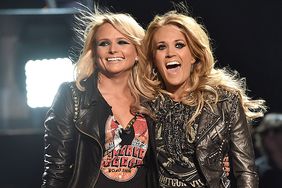 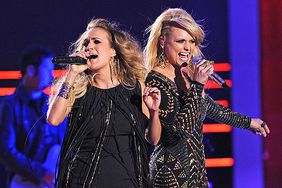