Buoyed by two new CMA nominations, the "Next Girl" singer offers the final word on her divorce in 29: Written in Stone and finds purpose in sharing her pain with others who hurt

So many joyful things have been happening to Carly Pearce lately, including two brand-new CMA nominations. But that doesn't mean the tears still don't come easily — as they did recently in the studio when she recorded "Mean It This Time."

It's the final track on 29: Written in Stone, her third full-length album, which debuts Friday, and the co-written song is Pearce's hope for her next life chapter: "When I say forever / I'm gonna write it in stone ... When I tell the world I'm yours / And baby, you're mine / I wanna mean it this time."

"I was crying, trying to sing it, just because it was so the heart and soul of what I want for myself," the 31-year-old artist tells PEOPLE.

The rest of the album, however, is far more a rearview mirror, offering a full accounting of her latest, and most difficult, life chapter, which arrived in her 29th year. Most of the 15 tracks (all co-written by Pearce) artfully navigate their way through its traumas — the abrupt end to her eight-month marriage to fellow artist Michael Ray and all the emotional toll that followed, compounded by the cancer death of her beloved producer and mentor Busbee.

Pearce began the story in the seven-track EP, 29, released in February and just nominated for CMA album of the year. The additional songs, she says, have now completed its telling.

"I have accepted what has happened to me in my life, and I'm moving on," says Pearce, who also has been nominated for CMA female artist of the year. "What you hear in this project is every stage of a relationship ending, the realization, the grief, the anger, the confusion ... I'm very much a situational writer, and as soon as I could see all of these songs, I saw the pieces that they represented, and I felt like it was finished."

Two new tracks in particular, she says, were important personal stepping stones. Though both are "done me wrong" songs, they're as fun as they are fierce. "Diamondback," a co-write with pal Kelsea Ballerini (as well as Tofer Brown and Shane McAnally), draws a gutsy line in the sand: "You can keep the dog and the Cadillac / But you ain't gonna get this diamond back." And "Easy Going" is a super-sized serving of gumption, as well as classic country wordplay: "Now that it's all out, out in the open / You made it so easy going."

"I think they're coming from a confident place," Pearce says of the songs, "and it was fun for me to get to that place. It made me realize that I was growing, and it made me realize I was getting stronger. I think those two songs represent when I knew I was turning the corner."

That confidence also gave her full artistic license to get saucy with the lyrics. Yes, she confirms, her five-carat engagement ring has been sold, but no, not at the location cited in the "Diamondback" lyrics. "It was way more fun," she notes, "to say 'a pawn shop next to a laundromat.'" And no, unlike the lyrics, the wedding dress has not been burned. "Not yet," she says with a hearty laugh. "Maybe I'll save that for the music video!"

"Diamondback" and "Easy Going" join two other new doses of frankness on the album, "Dear Miss Loretta," a duet with childhood idol Patty Loveless that allows Pearce to express a new-found appreciation for country icon Loretta Lynn's grit, and "What He Didn't Do," a ballad that walks the difficult line between cautious discretion and righteous indignation ("I don't need to air the truth / So I ain't gonna tell you everything he did / But I'll tell you what he didn't do"). Five more songs that debuted on the EP offer more emotional shadings, including radio single "Next Girl."

Carly Pearce Opens Up Her Divorce Diary in Her New EP 29: 'I Wrote What I Lived'

Pearce admits writing from such a personal place feels both liberating and exposing, complicated by the fact that listeners know exactly who has inspired these songs. Still, she points out, this new work reflects the sort of songwriting she's been practicing from the start.

"I continue to remind myself and remind other people that I came onto the scene pouring my heart out on 'Every Little Thing,'" she says. "I apologized to somebody in my past in 'I Hope You're Happy Now.' And so just because somebody listening to this can put a face to the last two years of my life, I can't let that affect the way I write. These are my situations and my scenarios, and so I've tried to just remind myself, you're not doing anything that you haven't always done."

Counterbalancing the life reflected in her lyrics, Pearce also has had an astonishing amount of good fortune over the past year, besides the two new CMA nods: the blockbuster success of "I Hope You're Happy Now," a CMA award, two ACM awards, and all the critical acclaim that 29 has generated. Most significantly to Pearce, she also fulfilled a lifelong dream to become a member of the Grand Ole Opry — at the personal invitation of all-time hero Dolly Parton.

All of these achievements combined, she's discovering, has put her career on a whole new trajectory, and she confesses, she's still adjusting to it.

"You can see with every accolade, I almost pee my pants," she says with a giggle, "because I can't believe that it's happening. But I will say that if you would've told me this was what was going to follow the hardest part of my life, I couldn't have fathomed all of this happening in a calendar year."

It's not lost on Pearce that sharing her personal pain has allowed her to make new and deeper connections with fans. "I certainly didn't want this to be my story when it happened to me," she says, "but I think that what it has done is create a conversation with fans and myself that I'm now seeing through meet-and-greets and through Instagram and through this music being so much more fulfilling than anything I could have ever dreamt it would be."

Now out on the road with Lady A, Pearce says her offstage interactions with fans can quickly turn emotional. "People are telling me how I made them not feel alone," she says. "I've put a face to things that people don't want to talk about — that they left a relationship that wasn't serving them anymore. I mean, these people are pouring their hearts out to me in the way that I've poured it out on my album. I am using my pain for purpose, and that's more important to me than any hit song."

In her personal life, Pearce has another reason to feel a new sense of satisfaction: her budding relationship with Nashville real estate agent and former Major League Baseball player Riley King. The two have been dating for a few months after meeting through mutual friends.

She offers a broad smile when his name comes up, but perhaps unsurprisingly, she's hesitant to discuss details. "I will tell you I'm very happy," she says, "but I'm also just gun-shy."

And, she adds, it's for good reason: "I was so public in my last relationship, and I think that there are parts of that that I regret. I just think you can overshare. I think I've learned that. And I think that, for me, it's important to preserve some privacy as I'm navigating life now. I certainly am not trying to hide, but I think I'm just trying to be more cautious about keeping some things to myself."

Another lesson she's learned is that a new and happy relationship doesn't mean her healing has ended. Though the album describing her journey may be complete, she says she is still working on the act of forgiveness.

"I think it's a process and that I am truly, intentionally trying to get there," she says. "I would say that I'm there now more than ever. But I think that there are parts of it that will take years, and I think that's just something that I have to pray through and work through on my own. I feel good about the progress that I've made on it, though."

She's also discovering, in the process, that forgiveness is more complicated than one might think.

"A lot of it is forgiving myself," she allows. "It has so little to do with forgiving the other person."

Pearce adamantly affirms that she still wants and believes in love, "and I feel like it's important when people listen to this album and listen to the last song that they realize I am not jaded. I'm not a scorned woman. I'm hopeful and desire love, and I want what I deserve."

Indeed, the bridge in "Mean It This Time" speaks directly to that emotion: "The past is the past / No use looking back / Now I know what I deserve / And I'll wait for that."

But what about that dismissal of "looking back"? Those words certainly seem to contradict an album that's mostly an examination of the past. Pearce sees no conflict, though. She trusts that the day is near when she's fully released from the weight of the 29 chapter. Then, she says, she can offer the ultimate certitude to others who are still in the painful process of healing.

"That's what I set my sights on as I was finishing this album, so that I could look these girls in the face," Pearce says. "And when they're crying at a meet-and-greet and say to me, 'Are you sure I'm going to be okay?' I can say, 'Yes, you are' — and mean it." 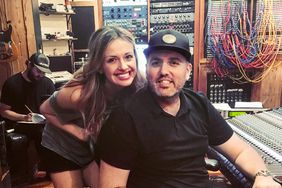 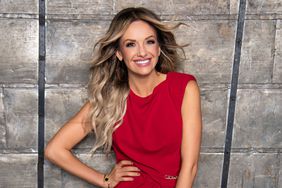 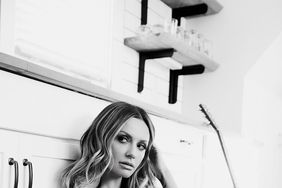 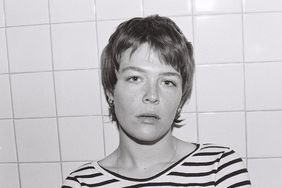 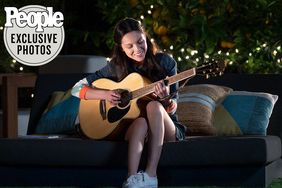 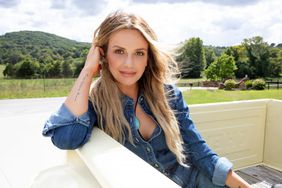 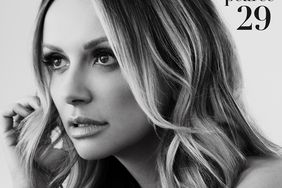