Country fans are some of music’s most dedicated, and the Grand Ole Opry wants to shine a light on the genre’s biggest supporters in its new YouTube series, Fandom: Fully Committed.

In the exclusive premiere episode, the show takes a look at BG Nation, the group made up of Brantley Gilbert‘s most diehard fans, like Missouri couple Marc and Tina Schardan.

“When the Opry people came to us about kicking off their series Fandom, I was all about it,” Gilbert said in a statement to PEOPLE. “We didn’t quite know how it was going to work, but I knew wherever they went, they were going to find the best people in the world. When we got into taping, it was so much about Marc and Tina — I loved that! Loved the idea that viewers would get a sense of how blessed I am, because they were going to get to see what I see the kind of soul I see every night when I go out and meet the people who love this music.”

Visitors at the superfans’ home are greeted by a sign that says: “Unless Ur God or BG Take Ur Boots Off.” The married couple of seven years also named their WiFi network “BG Nation,” turned their basement into a museum dedicated to all things Gilbert and have even found parenting inspiration in one of the singer’s hits.

“A lot of his lyrics just stick with us like his song ‘Let It Ride,’ ” Tina explains. “Let it ride and keep going because you have to.”

Gilbert, a new dad, appreciates that his fans connect to his songs on such a meaningful level.

“I can’t speak for anybody else who makes music, but I feel like as I go through life – growing up, getting married, having this baby — I’ve got a lot of friends out there, going through the very same journey,” he tells PEOPLE. “We know each other through the albums, even more than the singles, and when you have that, you have a pretty strong bond. I don’t know that there’s anything special about me, except the BG Nation who sees their world in these songs, too.”

When the Georgia native, 32, comes to town, the Schardans start concert day early so Marc can be the first in line for VIP. “I love to see how excited he gets when we go to a concert,” Tina says, “because he’s like a little kid.”

Tina doesn’t even get mad when her husband, a flooring installer, spends $500 on Gilbert swag — and that’s just during his first trip to the merch tent. “This is what makes him happy, so I’m okay with it,” she says.

So how does the “Bottoms Up” crooner feel about BG Nation’s intense dedication?

“I think we have the best friends — because they’re so much more than fans — in the world,” he continues to PEOPLE. “Just look at this. Hard-working people who’d give you the shirt off their back, they know how to have a good time and get a little crazy for sure. But they value the same things I do: family, friends, where we’re from, sticking together working hard and making the world a better place.”

Brantley’s The Ones That Like Me 2018 Tour kicks off Feb. 1 in Worcester, Massachusetts. 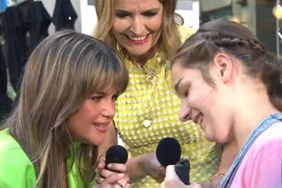 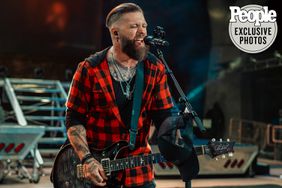