The season 27 winner comes out of "retirement" for a show that also featured Luke Bryan, Lady Antebellum, Cole Swindell — and a surprise appearance by dance partner Sharna Burgess

Only a month ago, Dancing With the Stars season 27 winner Bobby Bones swore up and down that he had retired from dancing.

On Monday night, the popular radio host, 38, thrilled a sold-out crowd at Nashville’s Ryman Auditorium when he brought out Sharna Burgess, his dance partner on the show, for brief reprises of two DWTS favorites, their “Can’t Touch This” cha-cha and “Gimme Some Lovin’” jive.

Come on. You knew this guy couldn’t just stop those dancin’ feet — and certainly not when it came to a good cause.

The night was a three-hour phantasmagoric display of music, big-name talent (Exhibit A: Luke Bryan), promising up-and-comers, the irrepressible merriment of Bones and his misfit part-time band, the Raging Idiots — and surprises. Lots of surprises.

The cheers for Burgess’ appearance were only slightly louder than the ovation that Bones received a few moments before when he left the stage and returned hoisting the DWTS mirror ball. Changed out of his Raging Idiots letter sweater, he was now bare-chested and in the MC Hammer metallic-gold jacket that he’d worn on the show.

“This is you guys’ mirror ball right here,” he said, acknowledging the millions of his #BTeam fans’ votes that put him over the top in what was considered a major upset.

Earlier, Bones and the Raging Idiots debuted “Man in the Mirror Ball,” which musically told the unlikely story of the show’s finale: “They lifted me up and all the confetti fell / All the other dancers said, what the hell?”

Bones, of course, has never professed to being a dancer, and Burgess candidly told the crowd she had her work cut out for her, and that she was still coaching her partner even as they performed.

“We learned to have a whole conversation through … a smile and little things — physical things, like tugging him one direction,” she said. “Well,” she amended, “just pulling him a couple of directions every now and then.”

She added: “But honestly, we started in a place where it was like, ‘Oh gosh, I’ve got a lot of work to do,’ but by the end of that season, I’ve never seen someone work so hard … It was the season of my life, and I loved every minute … I’m #BTeam forever.”

Another surprise guest of the evening was Lindsay Ell, whom Bones dated for about year before breaking it off in October 2017. Her appearance apparently was a surprise to Ell, as well, who emerged from a backstage gaggle after Bones dared the crowd, “Want to do something awkward? You want to bring out my ex-girlfriend?”

“Is this awkward?” Bones asked as he coaxed out Ell to loud cheers.

“What is happening?” she muttered, then just decided to go with it. “Hi, everybody! I guess you can see I did not know this was gonna happen,” she said, citing what she considered decidedly un-stagewear: “I’m in a jean jacket.”

The Calgary, Alberta, native and Bones have obviously remained friends — she has since appeared on his show a few times — and surely she knew what mayhem she’d gotten herself into on Monday.

“You good?” Bones ribbed. “How’s life? Remember when we used to make out? What else? What else do we have to catch up on? Are you still from Canada?”

Ell mostly ignored the banter as she tuned up a borrowed guitar for an impromptu rendition of recent hit “Criminal.” Afterward, she didn’t have to lift a finger to get the last laugh when someone from the audience yelled out, “You messed up, Bobby!”

Why Lindsay Ell and Bobby Bones Went Public with Dating News: ‘Happiness Is So Important’

It was the sort of mirth that carried the show from start to finish — through standout performances by such newcomers as Rachel Wammack (a Bones pick for his Class of 2019 new talent), Brandon Ray (Class of 2018 and a Raging Idiot), Maggie Rose and Adam Hambrick to star-powered appearances by Bryan, Lady Antebellum, Jon Pardi and Cole Swindell. Pop rocker Gavin DeGraw and Sugarland’s Kristian Bush also made unbilled appearances.

In between guests, Bones and the Raging Idiots entertained with such not-so-greatest hits as “Namaste,” “Chick-fil-A (But It’s Sunday)” and “Hobby Lobby Bobby,” as well as a crazy quilt of covers including “Purple Rain,” “La Bamba” and “Livin’ on a Prayer.” Raging Idiot Natalie Stovall and her fiddle burned up the stage dueting with Bones on “The Devil Went Down to Georgia.”

By the time Lady A arrived on stage late in the evening for “You Look Good” and “American Honey,” Charles Kelley told Bones what must have been on everyone else’s lips: “You know how to throw a party! Seriously!”

RELATED: Bobby Bones and Sharna Burgess Talk About How DWTS Is “Like a Three Month Marriage”

Bryan anchored the evening with an acoustic version of recent No. 1 “Most People Are Good” and new single “What Makes You Country.” Bones, who has joined Bryan this season on American Idol as a mentor, pitched his pal the opportunity to perform one more song, and Bryan couldn’t resist the cover craziness, launching into a gleefully irreverent version of “Sweet Caroline.” (A second-verse highlight: “And when I hurt, hurting runs off my shoulders, and I don’t know the damn words.”)

Most of the cast returned to the stage for a grand finale of “Stand By Me,” a reminder of the evening’s beneficiary. Through various other events over the past four years, Bones has raised more than $10 million for St. Jude Children’s Research Hospital; Monday’s show generated $202,000. 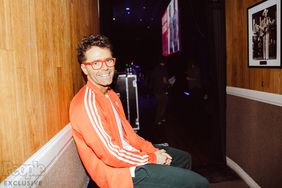 Inside the Million Dollar Show: Bobby Bones and His Country Star Pals Rock Out to Raise Funds 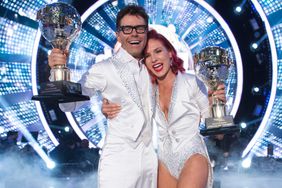