The country legend is a 19-time Billboard Music Awards winner

Garth Brooks is a certified icon!

After performing a medley of his hits "The Thunder Rolls," "Callin' Baton Rouge," "The River," "Standing Outside the Fire," "Dive Bar," "Friends in Low Places" and "The Dance," Brooks thanked Cher and said, "Getting to hold the award that you got makes me feel cool — and cool is never a word I would use to describe me."

"If I would have to thank one person, it would be God almighty," he continued. "Through him, all things are possible."

Brooks then went on to thank his wife Trisha Yearwood — whom he called the "love of my life" — and his three daughters Taylor, 28, August, 26, and Allie, 24 (from his marriage to ex-wife Sandy Mahl.)

"I will love you beyond my time here on this planet," he said, before concluding, "Country radio, you gave me this. To all those people who fill those stands, thank you. Thank you for my life!"

Earlier this month, during his online Inside Studio G show, Brooks announced he was going to perform at the show with nearly all of his original band members. "If you’ll notice, for anybody that's been with us since the beginning, it will be the same guys that started this whole ship together. To think that there's five of the original seven of us on that stage is really cool," he teased at the time.

Brooks, who is a 19-time BBMAs winner, is the only artist to have eight diamond-certified albums, each with sales at over 10 million, and remains the top-selling solo artist in U.S. history, with more than 156 million albums sold.

The Country Music Hall of Famer has scored nine No. 1. albums on the all-genre Billboard 200 chart (the most of any country singer) with seven of them debuting at No. 1. In addition, Brooks became the first artist to score a spot on Billboard's Hot Country Songs chart in the '80s, '90s, '00s and '20s.

After his Billboard performance, Cher tweeted, "OMG, Garth’s performance was AMAZING. No One deserves this Award more than he does. His life in music made me cry I was transfixed."

Prior to receiving the ICON Award at the BBMAs, Brooks took himself out of consideration for the CMA Awards' entertainer of the year, an award he had won a record seven times. Explaining that he would be removing himself for future years, he said, "It's time for somebody else to hold the award and know what entertainer of the year feels like."

Next, Brooks will be releasing his upcoming album Fun, which could include his and Yearwood's cover of "Shallow," the Oscar-winning duet performed by Lady Gaga and Bradley Cooper for 2018's A Star Is Born. (The couple performed their rendition during a Facebook Live concert in March.)

"Fun album has been delayed every bit so slightly, but still should be here on time. 'Shallow' came out amazing," Brooks shared during a September episode of Inside Studio G.

His Garth Brooks Stadium Tour kicked off in March 2019 in St. Louis and was originally scheduled to visit 30 stadiums across the country. The tour was postponed due to the ongoing coronavirus pandemic.

Malone leads this year's nominations with 16 nods, while Lil Nas X earned 13 nominations, and Billie Eilish and Khalid tied with 12 each. 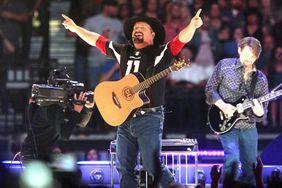 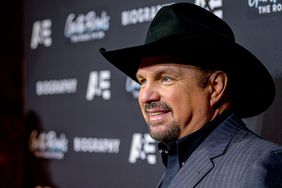 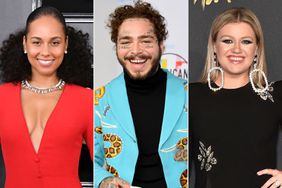 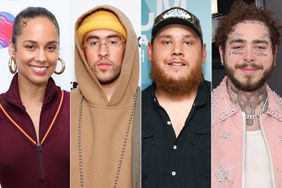 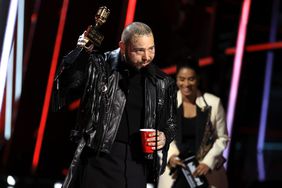 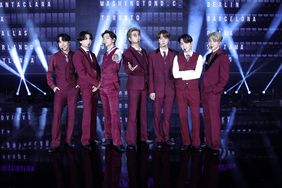 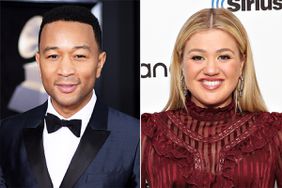