"Since we can't be on the road right now, we started doing a virtual tour. It's been a lot of fun playing my new music," the American Idol winner told PEOPLE

When it comes to his music, Laine Hardy means business.

In an exclusive interview with PEOPLE, the winner of ABC’s second season of American Idol opened up about his two newly released tracks — and why he decided to kick off a virtual tour.

“The minute I heard ‘Ground I Grew Up On’ and ‘Let There Be Country’ I knew I wanted to record both songs,” Hardy, 19, exclusively told PEOPLE. “The lyrics remind me a lot of what it’s like growing up in Louisiana. Me and my cousin Trent, who’s now my drummer, would run around barefoot all the time, ride our ATVs and go fishing on Lake Maurepas. My favorite place to be is on the bayou. I hope when people hear these songs it reminds them of their childhood too.”

Hardy says both tracks, released on April 10 on Hollywood Records / Industrial Media’s 19 Recordings, have gained a lot of love and is excited to share his new music with fans via a virtual tour.

“Honestly, the reaction to my new music has really been amazing,” said Hardy. “Since we can’t be on the road right now, we started doing a virtual tour. It’s been a lot of fun playing my new music, plus some of my favorite covers like Bill Withers and The Weight and Elvis. We’ve had tons of people watching the virtual shows and get to answer questions from everyone tuning in from all over the world.”

“It’s definitely different than being on the road,” he added. “It’s a great way to connect with my fans. I’m really happy to be able to connect with them in that way. It’s really different. I’ve never done it before. Right when I first started, it was weird. It’s getting better and better.”

After winning Idol in 2019, Hardy focused on his songwriting while headlining shows in Denver, Indianapolis, Sacramento, Minneapolis, Lexington, Minneapolis and more. And while Louisiana will always be home for the country singer, Hardy said he’s looking forward to kickstarting his career in Nashville.

“I love coming to Nashville, writing songs and recording with Michael Knox,” he said. “There’s even more new music coming but you’re going to have to wait a little while until they’re ready. But what I’m most excited about is being able to tour – I got to go out on the road last year and it was great, and I’m just ready to get back out there and play live shows all across the US.”

Hardy, who also appeared on the 16th season of American Idol in the spring of 2018, wasn’t planning on auditioning for the show a second time. However, after accompanying a friend to her audition, judges Katy Perry, Luke Bryan and Lionel Richie asked if Hardy would be willing to give it another try.

“He got good,” Perry, 34, said during his unplanned audition. “What’s your problem? Why don’t you want to come back? Take this ticket. You found your confidence!”

Taking that golden ticket to Hollywood turned out to be a huge blessing (and lesson!) to Hardy.

“Just don’t give up,” said Hardy. “I mean, you just can’t give up. You never know what’s going to happen. If I didn’t take that golden ticket I wouldn’t be here right now.”

Hardy’s “Ground I Grew Up On” virtual tour will hit over 15 online stops in April and May. He will be back out on the road in 2020, including shows with Toby Keith. 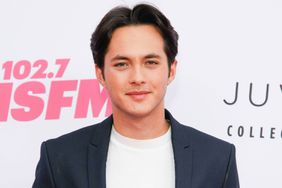