All the Behind-the-Scenes Fun at PEOPLE's 'ACM Honors' Photo Shoot!

Plus: Find out which former wild child was getting frisky with Cole Swindell

“Look at him!” Dierks Bentley laughed, pointing toward Luke Bryan who was passing by with a drink in each hand. “He’s got two drinks! No respect for the show!” With a wide grin, Bryan retorted, “I’m trying to get my wife drunk!”

When Nashville’s A-list gathered for a special PEOPLE photo before the taping of the 10th Annual ACM Honors, the atmosphere was more family reunion than formal event, and the good-natured barbs flowed as freely as the booze.

Once country’s wildest child, ACM Honoree Tanya Tucker proved that at 57, she’s as rowdy as ever when she pretended to flash the camera and then planted a kiss on Cole Swindell‘s cheek. “Yeah!” yelled the young singer. “That’s what I’m talking about!”

Bryan, relishing a jab at his buddy (later in the night the two performed “I Love a Rainy Night” in honor of honoree Eddie Rabbit), advised Tucker, “You may want to put some peroxide on your lips!” Bentley, meanwhile, gladly continued the ribbing, blowing in Swindell’s ear as he posed for the photo.

The pre-show gathering also proved that even country big shots like Jason Aldean, who was honored with the ACM’s Triple Crown award, get a little star-struck. “The fact that I’m even in this business and part of this whole thing kind of blows me away,” Aldean told PEOPLE. “Over there’s Tanya Tucker and Emmylou Harris – that’s crazy!”

The Band Perry‘s Kimberly Perry, who with her brothers performed “MacArthur Park” to honor songwriter Jimmy Webb, admitted she was feeling a little overwhelmed herself.

“It’s hands-down the most complicated lyric I’ve ever had to memorize!” she said of the tune. “But it’s such a poem and it’s beautiful and we’re really honored to be here. It’s a little nerve-racking – I’m going to go do it five times up in the dressing room before we have to do it onstage in front of Jimmy Webb. I just hope that he loves it.”

After the shoot, Lady Antebellum’s Charles Kelley wrapped Tucker and honoree Crystal Gayle in a bear hug, while Chris Young belly laughed over an inside joke with his soon-to-be tour mates Dan + Shay, with whom he performed The Statler Brothers’ “Flowers on the Wall” as a tribute to the group.

“Nights like these are always so special because they bring in the new artists, the artists who’ve been around awhile and the legends,” said Bentley, who along with Keith Urban (an ACM honoree himself), Blake Shelton and Toby Keith performed a medley of Glen Campbell hits as a tribute to the singer. “I mean, Tanya Tucker pretending to flash the camera? I’ve heard the stories but to actually see that happen live, that’s pretty special! Only at something like this!” 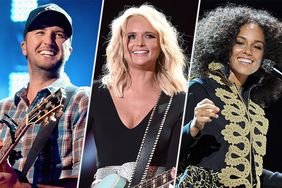 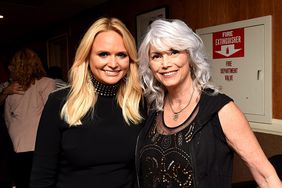 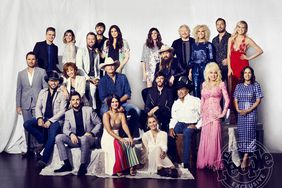 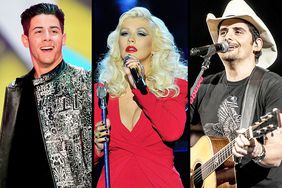 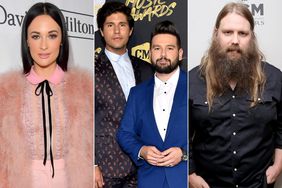 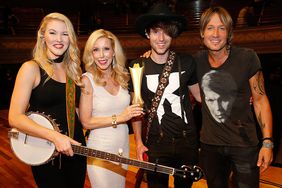 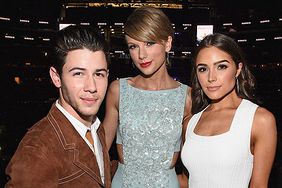 What You Didn't See on TV at the ACMs 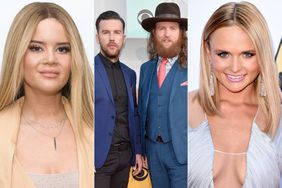 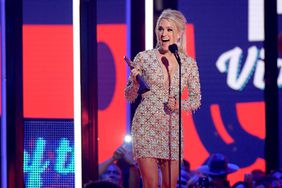