"When I wrote 'Half of My Hometown,' I sent it to [Kenny] because I think we grew up really similarly, and there's no one else I'd want on this song," Ballerini previously told PEOPLE

What a lovely performance!

During the 56th Annual Academy of Country Music Awards on Sunday, Kelsea Ballerini and fellow hitmaker Kenny Chesney took the stage to perform her fan-favorite song, "Half of My Hometown."

On the big night, the duo sat alongside each other, socially distanced on a pair of stools, as they soulfully sang the duet — a series of purple, blue and white lights flashed behind them throughout.

Ballerini, 27, released the hit tune as a new single on Friday — after it originally appeared on her album Kelsea, which dropped last March.

Hours ahead of the show, she shared an Instagram photo of her stunning look, she captioned it, "Turning music city emerald."

Days ahead of the ACM Awards performance, Ballerini expressed her excitement about her then-upcoming performance with Chesney, 53. She tweeted, "Can't quite explain how thrilled I am to be debuting half of my hometown with @kennychesney this Sunday on the @ACMawards. "Will I cry?"

Immediately after Ballerini and Chesney's performance, Chris Stapleton won the coveted album of the year award, for his hit Starting Over. The star thanked his wife Morgane, who was not in attendance due to a doula commitment, during his acceptance speech.

Kelsea Ballerini on Feeling 'Confident' About Her Music: 'I Don't Have to Exclusively Put Myself in One Box'

Ballerini was up for female artist of the year against the likes of Miranda Lambert, Ashley McBryde, Maren Morris and Carly Pearce — Morris ultimately brought home the win.

Last year, the "Half of My Hometown" star spoke to PEOPLE about collaborating with Chesney, whom she described as her childhood hero.

"We're both from Knoxville, Tennessee, which is why he's on the song," Ballerini told PEOPLE. "Growing up, he was the hometown hero. A couple of years ago I was about to play [in Times Square], and he took a photo of my face on the marquee, got my number, texted me and said, 'Proud of you, hometown girl, love Kenny.'"

"When I wrote 'Half of My Hometown,' I sent it to him because I think we grew up really similarly, and there's no one else I'd want on this song — and I can't believe he did it," Ballerini added then.

The 2021 ACM Awards — hosted by Mickey Guyton and Keith Urban — aired live from Nashville on CBS and Paramount+ at 8 p.m. EST. 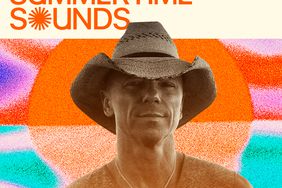 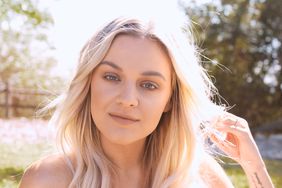