Marc Anthony has a history of sparking reactions with his kisses on stage.

The impromptu buss he shared at the 2016 Latin Grammys with ex-wife Jennifer Lopez had fans and media commenting for days. Now a kiss the salsa crooner recently gave Maluma on stage — while performing their duet “Felices Los 4” at the gala for Anthony’s foundation Maestro Cares — is making headlines.

In a video that’s gone viral, we see Marc Anthony simulating a kiss on the 24-year-old Colombian singer’s mouth (placing his hand on Maluma’s lips to actually block the kiss). Although it was meant as a joke, it has generated mixed reactions on social media.

“Maluma didn’t even move. Marc went too far,” one follower commented under the video post. “What a shame, they don’t know what to do anymore to get attention. It’s a shame, that’s the example they are giving our kids,” another added. “It was just a joke, stop the stupidity,” a follower said in Marc’s defense. Even Venezuelan actress and former Miss Universe Alicia Machado got involved in the debate and wrote: “Darn, that’s just what we need! Women are so fabulous that now we are running out of men. Oh well.”

Shortly after, Maluma’s girlfriend, Cuban-Croatian model Natalia Barulich, got on stage and locked lips with the singer. The prolonged kiss looked like a scene straight out of a telenovela.

Held in New York City, the Maestro Cares charity event, which raised funds for underprivileged kids in Latin America, certainly got a lot of press, though not for its philanthropic mission. 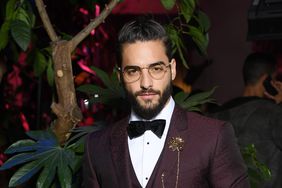 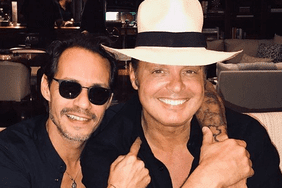 Are Marc Anthony and Luis Miguel Collaborating on a 2018 Project?