Two former Google employees, Paul McDonald and Ashwath Rajan, thought that their newest innovation would be the next big thing: unmanned five-foot-wide pantry boxes full of non-perishables called Bodegas. However, they are now facing a major backlash for their appropriation of a cherished Latino community tradition, the corner store. Yesterday, an article by Fast Company, which quickly went viral, announced that the two Google veterans were bringing mom-and-pop convenience stores to an end with their invention.

“The vision here is much bigger than the box itself,” McDonald said. “Eventually, centralized shopping locations won’t be necessary, because there will be 100,000 Bodegas spread out, with one always 100 feet away from you.”

The idea and the name, which is a Spanish term used by Puerto Rican and Latino communities, particularly in New York City and Los Angeles, for corner stores, has sparked outrage on social media. Before the controversy, when Fast Company had asked Mcdonald if he was worried about being accused of appropriation, he said: “I’m not particularly concerned about it. We did surveys in the Latin American community to understand if they felt the name was a misappropriation of that term or had negative connotations, and 97% said ‘no’. It’s a simple name and I think it works.” But the Internet, including some Latino community leaders, disagree.

“To me, it is offensive for people who are not Hispanic to use the name ‘bodega,’ to make a quick buck,’” said Frank Garcia, the chairman of the New York State Coalition of Hispanic Chamber of Commerce. “It’s disrespecting all the mom-and-pop bodega owners that started these businesses in the ’60s and ’70s…. To compete with bodegas and also use the ‘bodega’ name is unbelievably disrespectful.”

Here is a look at some of the more fiery reactions:

Following the negative fallout, McDonald responded with an apologetic blog post on Wednesday. “The name Bodega sparked a wave of criticism on social media far beyond what we ever imagined,” he wrote. “Despite our best intentions and our admiration for traditional bodegas, we clearly hit a nerve this morning. And we apologize to anyone we’ve offended.”

The entrepreneur clarified that their intentions weren’t to replace bodegas. “Challenging the urban corner store is not and has never been our goal… We want to bring commerce to places where commerce currently doesn’t exist.” He also admitted that he didn’t do enough research before choosing their business moniker. “We did some homework — speaking to New Yorkers, branding people, and even running some survey work asking about the name and any potential offense it might cause. But it’s clear that we may not have been asking the right questions of the right people.” 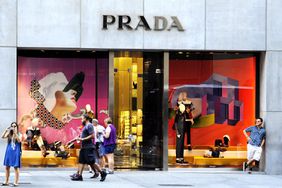