Not a month has passed since the birth of his fourth child and soccer star Cristiano Ronaldo already wants more.

Just weeks before winning the annual Ballon d’Or award on Dec. 7, an accolade given to the best-performing soccer player from around the world, Ronaldo admitted his desire to grow his trophy collection and his family. “I want to have seven children and as many Ballons d’Or,” the Portuguese athlete told French newspaper L’Equipe. And the star athlete is not far off on either goal.

The five-time Ballon d’Or winner, who plays for Real Madrid C.F., has had an extraordinary year on and off the field. On Nov. 12, he welcomed a baby girl named Alana Martina with girlfriend Georgina Rodríguez, and in June, his 5-month-old twins Eva Maria and Mateo arrived via surrogate. With 7-year-old Cristiano Jr. from a former relationship in the mix, he’s got three more little ones to go before he reaches his goal of seven.

An expanding family would be no problem for the couple, who have been open about their strong bond and their love of children. “With Cristiano, I have found love. We complement each other very well,” Rodríguez told Hola! Magazine. “We have a beautiful relationship. When I have him next to me, I have everything,” she told the Spanish-language magazine, adding: “The children are our happiness — we wake up and the first thing we do is hug and kiss them.”

In recent weeks, Ronaldo and Rodríguez have frequently shared love for their tykes on social media. Last month, the new mom posted a sweet photo of herself cradling and gazing at the latest addition to the brood, and Ronaldo has been rocking a fashion campaign for CR7 Denim on Instagram with his eldest son and namesake. 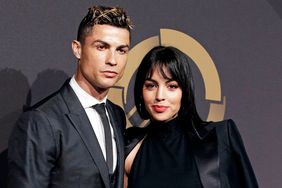 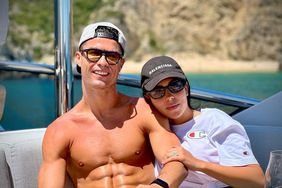 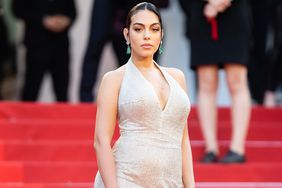 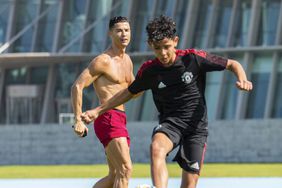 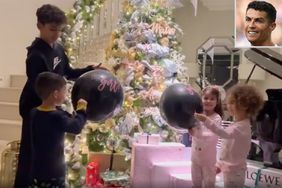