Forget the jokes about her joining a family of hams. Pregnant actress Catherine Zeta Jones was rumored by a British paper this weekend — and the story was picked up far and wide — that she is considering converting to Judaism before her marriage to Michael Douglas. The Welsh beauty, 30, whose pregnancy was confirmed by Douglas on Friday, has become fascinated by her future husband’s religion and has spoken to a rabbi about converting, according to the tabloid Mail on Sunday. No due date for the baby (or even a wedding date for the couple) has been announced. As for the conversion, the Douglases have never been shy about their religion. The patriarch of the acting clan, movie legend Kirk Douglas, 83, recently reaffirmed his faith with a second bar mitzvah ceremony in Beverly Hills. His first took place when he was 13.

Should Michael and Catherine Have Sued? 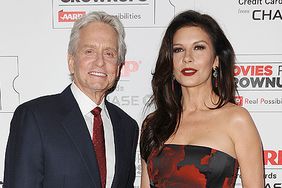 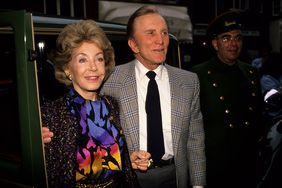 Anne Douglas, Wife of the Late Kirk Douglas, Dead at 102: She 'Will Always Be in Our Hearts'