Dame Zaha Hadid, the first female recipient of the coveted Pritzker Architecture Prize and the designer behind the futuristic venues of the 2012 London Olympics, has died. She was 65.

Hadid passed away on Thursday in a Miami hospital, where she was being treated for bronchitis. She had a heart attack during her stay, Zaha Hadid Architects in London confirmed, according to the AP.

The Iraqi-British architect worked on projects across the world, including the Guangzhou Opera House in China, the Rosenthal Center for Contemporary Art in Cincinnati and the Vitra Fire Station in Weil Am Rhein, Germany, according to the New York Times. Notably, she created the curved and unique London Aquatics Centre.

Born in Baghdad in 1950, Hadid attended the American University of Beirut, and, later, the Architectural Association in London, according to the Times. In addition to running her practice – which she started in 1979 – Hadid held teaching roles at schools like Harvard, Yale and Columbia.

Earlier this year, Hadid became the first woman to be awarded the Royal Gold Medal, an honor personally approved by Queen Elizabeth the II and given to a person or group of people who have influenced the “advancement of architecture,” according to Architecture.com.

Other honors included the Republic of France’s Commandeur de l’Ordre des Arts et des Lettres and an honorary membership to the American Academy of Arts and Letters.

Many took to social media to honor Hadid, who was considered the premiere female architect in the world.

“Zaha Hadid changed the way we see architecture & our world. Thank you Zaha for sharing your imagination with us,” Chelsea Clinton wrote on Twitter.

Of her success, Hadid once told CNN that she “never took no for an answer.” 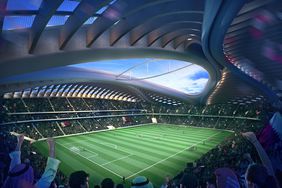 Does the Qatar World Cup Stadium Look Like Female Anatomy? Soccer Fans Sure Think So 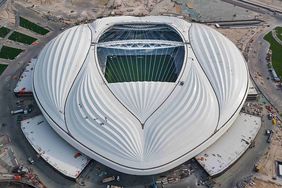