Despite what seemed like a possible reconciliation between Zac Efron and longtime sweetheart Vanessa Hudgens, Efron has stepped out with a new woman.

The actor, 23, accompanied actress Teresa Palmer, 24, to a screening of her upcoming flick Take Me Home Tonight on Thursday.

“There was definitely some hand-holding,” a source tells PEOPLE of Efron and Palmer inside the screening’s after-party at L.A.’s Pink Taco restaurant. “The two ate together and seemed really engaged in conversation. They seemed really into each other.”

The source adds: “They weren’t trying to hide their affection at all, even though they knew people were watching them.”

But the night was just beginning.

Another source says Efron and Palmer went to Voyeur nightclub in West Hollywood. Efron “gave high-fives to his friends” and watched the barely dressed go-go dancers “slide up and down the wall” with “a huge smile on his face.”

“Zac chatted with Teresa for awhile,” the source says. “She leaned in close so she could hear over the music [while Zac was] smiling and slightly flirting with her. There was no overt PDA, but he was not shy about giving her leg the occasional touch.”

Efron and his ex High School Musical girlfriend Hudgens, 22, called it quits in December after dating since 2006.

• With additional reporting by JENNIFER GARCIA 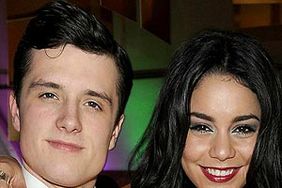 Does Vanessa Hudgens Have a New Beau? 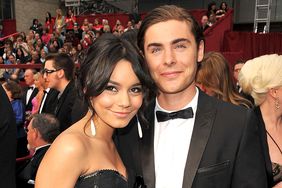 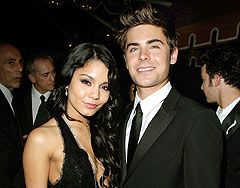 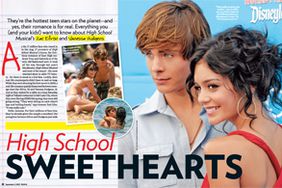