YouTube stars Jesse Wellens and Jeana Smith are calling it quits – and, unfortunately, the split isn’t one of the duo’s infamous pranks.

The BFvsGF and PrankvsPrank stars have ended their relationship after 10 years together, PEOPLE confirms.

In an emotional vlog titled “A New Chapter” and shared last week, Wellens and Smith first revealed the news to fans that they are taking a break from their channel – and each other.

“Everybody thinks everything’s perfect… and it’s really not at all,” Smith said in the 10-minute clip. “Everybody has problems, everybody has issues and we choose not to put that in the videos usually.”

Days after posting the video announcing the breakup, Wellens revealed in a series of since-deleted tweets that he believes he has a teenage daughter whom he has never met. He said he plans to move to New York City, where the girl lives with her adoptive family.

In the video, both Wellens and Smith, both 33, cited their YouTube careers as the cause of their breakup.

“Don’t make daily videos,” warned Smith, adding, “I’ve said this to couples before… we both can agree it’s not healthy, it’s not good for your relationship.”

Despite plans to go their separate ways, both Wellens and Smith asserted that they will always love each other, noting that the step back from their relationship and channel is what they need to do “to be sane.”

“If you really love us just give us support in whatever comes,” Smith said, wiping away tears.

Before the announcement, the former couple told PEOPLE that working together “is definitely tough.”

“It’s hard to work with someone you’re in a relationship but we figure out how to make it work and maintain,” Wellens explained.

Added Smith, “It’s stressful but it’s – there’s positives and negatives about it because we get to do all these great opportunities together and if we weren’t working together we wouldn’t be able to bring each other along on these amazing adventures and I think it’s awesome we can do it.”

“But day-to-day you can definitely want some alone time,” Smith said to PEOPLE.

In the days following the announcement, Wellens wrote on social media that he “may have a daughter.”

“We never met and it’s killing me. It’s a long and crazy story. I need to get off my chest and find her,” he wrote in the deleted tweets, Sunday, adding the next day, “I feel like if I send this energy out onto the Internet about my daughter I might actually be able to find her. She was adopted. Family in NYC.”

Wellens and Smith recently launched a new YouTube Red series called Prank Academy, which follows them as they mentor other online stars in creating masterful pranks. 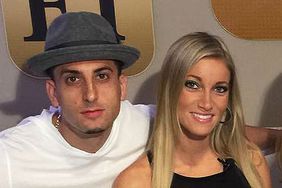 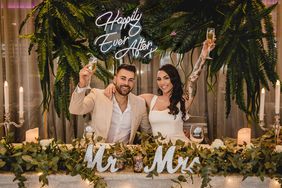 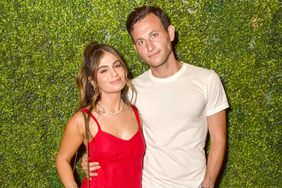 WATCH: A Couple Pulls Off an Epic Prank on an MLB Star