Youngest of the Pointer Sisters Dies at 52

June Pointer, the youngest of the singing Pointer Sisters, died of cancer Tuesday at Santa Monica University of California, Los Angeles, Medical Center, her family has announced. She was 52.

Pointer, whose type of cancer was not disclosed, had been hospitalized since late February. She died “in the arms of her sisters, Ruth and Anita and her brothers, Aaron and Fritz, by her side,” said a family statement. “Although her sister, Bonnie, was unable to be present, she was with her in spirit.”

Known for such ’70s and ’80s hits as “I’m So Excited,” “Fire,” and “Slow Hand,” the sisters – who also have two brothers – grew up singing in the choir of an Oakland church where their parents were ministers.

Professionally, sisters Ruth, Anita, Bonnie and June began as a quartet. Their initial album, The Pointer Sisters, debuted in 1973 and the song “Yes We Can Can” became their first hit. The group became a trio when Bonnie embarked on a solo career in 1977.

The Pointers’ successful 1984 album Break Out earned two Grammy awards for the songs “Automatic” and “Jump (For My Love).” The album’s other hit, “Neutron Dance,” was prominently featured in the movie soundtrack for the Eddie Murphy comedy Beverly Hills Cop.

In 2004, June Pointer was charged with felony cocaine possession and misdemeanor possession of a smoking device, reports the Associated Press. She was ordered to a rehabilitation facility and replaced in the family singing group by sister Ruth’s daughter, Issa. 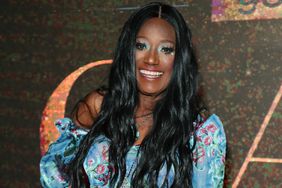 Bonnie Pointer of The Pointer Sisters Dead at 69, Singer's Sister Confirms: 'I Already Miss Her'