A crew member of TV’s “The X-Files” was electrocuted and six others were injured on location yesterday when an electrical wire mysteriously blasted a 4,800-volt through part of the set. “It charged the entire scaffolding” they were using, a Los Angeles Fire Department spokesman told the Associated Press. It is not known how the power line connected with the platform, which had been erected about 15 feet off the ground behind a three-story apartment building. The series fall premiere episode was being shot, apparently without any of the show’s stars (David Duchovny, Gillian Anderson, Robert Patrick) around for this particular scene. “All of us are deeply saddened by the tragic loss of our friend and colleague Jim Engh,” Chris Carter, the show’s creator and executive producer, said of the victim in a statement. Another crew member remains hospitalized in serious condition, while the five others were reportedly treated and released. 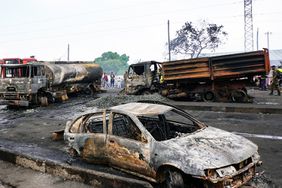 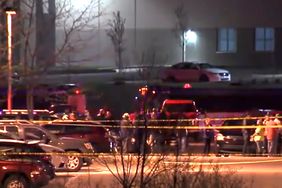