“Wonder Woman’s like one of the greatest superheroes out there, but people don’t know her origins like they know Superman’s origin or Batman’s origin,” Johns said. “So, what we want to do in the film is really tell people who she is, where she comes from and why she does what she does.”

As clips of the film begin to role, Gal Gadot – who stars as Wonder Woman – promises that this film will show the coming of age story of the demigoddess, whose father is Zeus.

Johns then reveals, that Wonder Woman’s mission is to do what she was created for – protect the human world, which her people have abandoned because man is “not worth it.” Rather than turn her back, that sends the superhero on a mission.

“She’s an Amazon warrior. She’s the best fighter in the DC universe,” Johns added. “She has strength and speed and she’s been training her whole life for war.”

Finally, those who know Wonder Woman best, discuss how her personality traits add to her character, rather than taking away from her strength as a hero.

“The greatest thing about Wonder Woman is how good and kind and loving she is, yet none of that negates any of her power,” Patty Jenkins, who’s directing the film said.

“Telling a story like this now is pivotal and important,” he said. “The story of a very powerful woman. 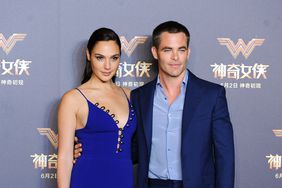 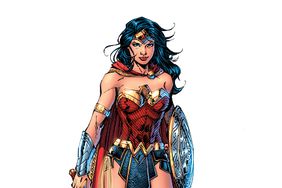