At a New York Women in Film and Television event, talk turned to a show about a particular group of women on television: HBO’s “Sex and the City.” The series, which stars Sarah Jessica Parker, begins a new season in June. In attendance at the gala event, which honored costume designers Patricia Field, Rebecca Field and Rita Ryack, “Sex” co-star Kim Catrall didn’t reveal secrets about the new season but offered a reason why the show is such a hit. “Women have never had a chance to express themselves this way, but we’re taking the gag off. I think all over the world people are seeing, not just women, but people communicating and getting what they want.” Others, like model and VH1 veejay Roshumba Williams, expressed an interest in appearing on the show. “I would like to see more diversity on the show because other races of women have sex,” she told PEOPLE. “And they do it quite well,” she added, laughing. 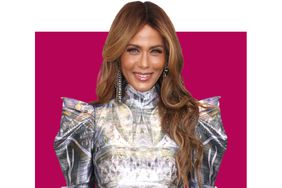