Wilt Chamberlain was remembered Saturday more for his curiosity, intellect and quiet generosity than his unparalleled abilities on the basketball court. Laughter punctuated the 90-minute memorial service at L.A.’s City of Angels Church of Religious Science, where about 800 people celebrated the life of the 7-foot-1 Hall of Famer. (Chamberlain died Tuesday of apparent heart failure. He was 63.) “In Wilt’s life there were no sad songs. He lived his to the fullest,” said Meadowlark Lemon, a Chamberlain teammate on the Harlem Globetrotters. Others attending the service included Bill Russell, whose Boston Celtic teams twice beat Chamberlain’s teams in the NBA finals; Alex Hannum, who coached Chamberlain and the Philadelphia 76ers to the NBA title in 1967; NBA greats Elgin Baylor, Connie Hawkins, Bob Lanier, Nate Thurmond, Bill Walton and Lakers owner Jerry West. 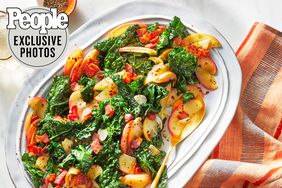