Prince William is thought to have been behind the surprise inclusion of his father’s close friend, Camilla Parker Bowles, in the Royals’ 10-day cruise of the Greek islands that ended Sunday, reports the British Press Association. Aboard the yacht Alexander with Camilla and the three Windsor boys — Charles, William and Henry — were Camilla’s children, Tom and Laura. (As the trip ended in Athens yesterday, Charles finally gave nosy photographers the shot they were looking for: of Charles and Camilla together.) Also on the ship were Charles’s friends Charles and Patti Palmer-Tomkinson; Laura Fellowes, the 18-year-old daughter of Princess Diana’s sister; as well as a group of glamorous female friends of Prince William. 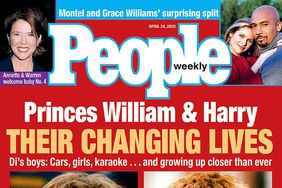 Wills, Harry to the Rescue