Reviewers were less than wild, wild about his new movie, but Will Smith’s star power was confirmed once again. “Wild, Wild West” opened with $36.8 million in ticket sales over a blistering Fourth of July weekend, according to box-office estimates. “Big Daddy,” with Adam Sandler, dropped to second place but still reaped an impressive $26.4 million over the four-day holiday, while “Tarzan” also remained strong with $19.2 million for third place. The hilarious (and profane) “South Park: Bigger, Longer & Uncut” opened to a respectable $14.8 million (fourth place) despite a tough enforcement of the R rating, which limited the audience. Spike Lee’s latest, “Summer of Sam,” opened to a lackluster $7.8 million to take eighth place. 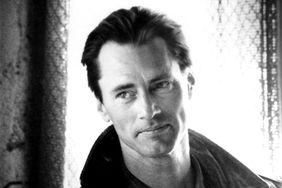 'One of the Greats': Hollywood Mourns the Death of Sam Shepard After He Dies from ALS