Ann Kelly, the New Jersey woman accused of having an affair with Bruce Springsteen in divorce papers, has come out swinging.

In a 27-page court document filed Tuesday, Ann accuses her husband Arthur of being a jealous, abusive spouse who committed adultery numerous times himself. Ann, 44, continues to deny she had an affair with The Boss, and claims her husband made the accusation because “he and his attorney felt there could be ‘big money’ in this … because, true or not, the celebrity would want this to ‘go away.’ ”

Arthur’s attorney, Edward Fradkin, tells PEOPLE that his client denies the allegations in his wife’s counterclaim. “It was not surprising that Ms. Kelly filed this document since she had previously threatened Mr. Kelly that she would do so unless he withdrew the second count of his Complaint for Divorce … Mr. Kelly has not commented to the press about his wife in the best interests of the children and in the hopes of resolving their marital problems amicably. Unfortunately, Ms. Kelly has decided to take a different path.”

Calls to Ann’s attorney for further comment were not returned.

In Arthur’s divorce papers, which first became public in April, he claimed that Ann “has committed adultery with one Bruce Springsteen … at various times and places too numerous to mention.” Springsteen, 59, quickly defended his 17-year marriage to Patti Scialfa, 53, saying he stood by a 2006 statement in which he called reports of infidelity “unfounded.”

According to numerous sources, Ann Kelly and Springsteen did cross paths at their gym, The Atlantic Club, in Red Bank, N.J. Sources claim the singer has a history of hitting on women there; he now works out at Gold’s Gym in nearby Long Branch. Ann’s attorney, Noel Tonneman, told PEOPLE in April that Arthur’s allegations are completely false: “They attend the same gym, that’s it.”

Now Ann claims that her husband told her his only proof of an affair was “the gossip and impressions of some women who attend the same gym as the defendant.” She also alleges in the divorce papers that Arthur, 45, set out to hurt not only herself but the couple’s two daughters with false accusations of “having an adulterous affair with a celebrity.”

Ann and Arthur Kelly are scheduled to come before a judge on July 1 in Ocean County Court to set a timeline for the divorce proceedings. 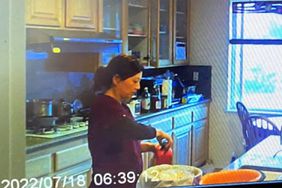