The move is hardly unexpected – Houston, 43, filed for legal separation from her husband of 14 years on Sept. 8, and at the time Seltzer told PEOPLE, “We’re saying she filed for divorce because that is (Whitney’s) intent.”

In the separation papers, Houston had asked for custody of the couple’s 13-year-old daughter, Bobbi Kristina, and that Brown, 37, be allowed visitation rights, the Associated Press reports.

Brown’s attorney, Phaedra Parks, declined to comment to the AP on the divorce filing, though earlier Parks had said that Brown was having a “very difficult” time with the separation.

Brown and Houston’s relationship – marked by trips to rehab, rumors of infidelity and run-ins with the law – “just spiraled out of control” last fall, a relative told PEOPLE last month. “They fought like cats and dogs. They would fight about what to eat for dinner, about who wasn’t cleaning out the dishwasher. Stupid things. But they were always yelling.”

On Sept. 19, Brown commented for the first time about the split, telling PEOPLE, “I’m really saddened by the whole situation.”

Brown, who has two teenage children with Massachusetts woman Kim Ward, recently made good on $11,000 in delinquent child-support payments after a judge threatened him with arrest two weeks ago if he set foot in the state.

Meanwhile, Houston has been keeping company – and working on a new album – with her old friend and mentor, Clive Davis. “We’re continuing to select material for her album,” Davis told PEOPLE last month. “We’re all excited because, after all, everyone in our industry knows that she and Aretha (Franklin) are the best singers in the world today.” 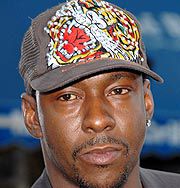 Whitney & Bobby: Inside Their Split

Whitney Houston, Bobby Brown Together for Their Daughter