Where the Jonas Brothers Enjoy the Sand

While they hit the Bahamas, others head to Hawaii, though Taylor Swift likes the desert

Hawaii, the Bahamas, the Turks and Caicos: If you want to run into a tween star, you’d better have a tropical beach nearby.

According to Forbes Traveler, the young idols of the preadolescent set have travel habits that are as sophisticated as adults decades older, including trips to posh resorts like Atlantis in the Bahamas – a favorite of the Jonas Brothers and Jamie Lynn Spears – and the Kahala Hotel and Resort on Oaha, Hawaii, where you might spot Shia LaBeouf.

Zac Efron prefers the Turks and Caicos, while Taylor Swift is the rare tween star who doesn’t need to be near the beach, opting instead for a desert getaway at the Montelucia Resort & Spa in Arizona.

“She was adorable, really very sweet,” Montelucia spokeswoman Kristen Schaefer says. “Her only special requests were fresh flowers and water.”

And though Miley Cyrus may be rumored to love Hawaii, she notably celebrated her sweet 16 at Southern California’s Disneyland. But most of all, according to her rep, the pop star likes to rush back to Nashville as often as she can, because – as is widely known – there’s no place like home. 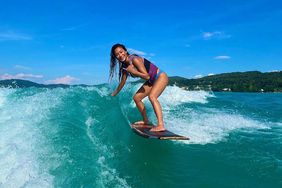