The One Thing Donald Trump's Kids Want Him to Work On, According to 'Favorite Child' Ivanka Trump

"Sometimes I tell him, like, 'Oh, you have to, you know, slow down,'" Ivanka told Barbara Walters during her father's 20/20 interview.

While the public is getting to know Donald Trump as he vies for the Republican presidential nomination, there are few people who know him better than his family, specifically his four oldest children.

And during Trump’s 20/20 sit-down with Barbara Walters, the real estate mogul’s brood revealed the one thing their 69-year-old father needs to work on.

“I wish he would eat healthier and maybe slow down,” daughter Ivanka said about her dad’s love for fast food chain McDonald’s. “Sometimes I tell him, like, ‘Oh, you have to, you know, slow down,'” she continued. “But it’s the only speed he knows, and I kind of love that about him.”

For the latter half of the one-hour special, Walters chatted with Ivanka, 34, – who was called their father’s “favorite child” – and her siblings Donald Jr., 37, Eric, 31, and half-sister Tiffany, 22. Trump’s youngest child Barron, 9, made a brief cameo.

Besides his diet, Trump’s children claimed there’s nothing else to change about him.

“He’s true to himself,” Tiffany added in her first on-camera interview since her father announced his run for office. “He speaks in a way that the average person can understand. I think that’s refreshing for everyone.”

A sentiment Trump’s wife Melania also echoed during her interview with Walters.

“He has a big heart and a very warm heart. I think America needs a strong leader and tough leader who knows what he’s doing.”

Trump further showed his softer side when his seven grandchildren also made appearances, with the Republican front-runner giving kisses and hugs. 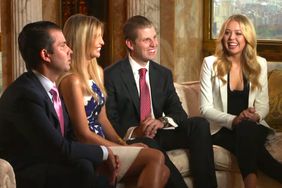 VIDEO: Do Donald Trump's Kids Make Fun of His Hair, Too? Not As Much As You'd Think 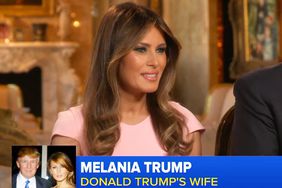 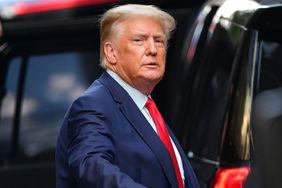 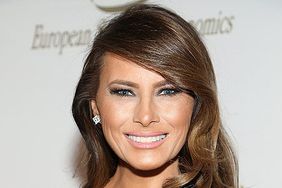 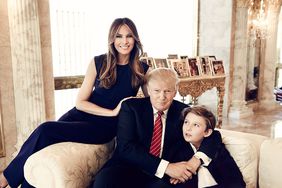 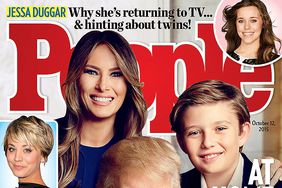 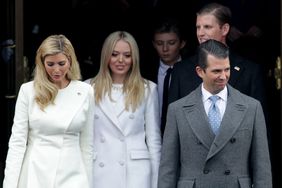