What to Know About Buzzed-About British Heartthrob Tom Bateman

Anyone else suddenly obsessed with Tom Bateman?

The British heartthrob, 28, starred in Snatched as Amy Schumer‘s love interest gone wrong and steals the show with his curly locks, dreamy accent and hilarious delivery. But that’s not all — he’s also starring in the highly anticipated Murder on the Orient Express, in which he’s rubbing elbows with stars like Johnny Depp, Michelle Pfeiffer and Penelope Cruz.

Here are four things to know about the star on the rise.

Snatched is his first American comedy

This is the first time the actor is crossing the pond to appear in a comedy — and he hit the ground running. Bateman said working alongside Schumer helped him strengthen his improv skills, admitting that the comedian managed to stump him a few times.

“The first scene we did, we improvised quite a lot and we got so off pace,” Bateman told PEOPLE Now. “I was just throwing things at her almost trying to throw her going, ‘She can’t have a response for this.’ She’s got a response for everything.”

Bateman attended the London Academy of Music and Dramatic Art, setting him up for a successful career on the British screen. His most notable role was in the ITV miniseries Jekyll & Hyde, in which he played Robert Jekyll, the infamous doctor’s grandson.

The actor also got to work alongside legends during his run in The Winter’s Tale at London’s Garrick Theater back in 2015. The show, which was sold out before the first performance, featured Judi Dench and Kenneth Branagh in the leading roles. Bateman will be reuniting with the two British icons in the star-studded Orient Express.

Growing up in the Bateman family wasn’t lonely. The actor told PEOPLE Now that he has a total of 13 siblings — and a twin brother named Merlin.

“We look like one of those family of ducks,” Bateman jokes of family vacations. “We’re the last batch, so I’m pretty far down. My twin brother and me are the second youngest.”

He’s currently being hunted down by Liam Neeson

Bateman is in the middle of filming Hard Powder — a thriller set in the Rocky Mountains, in which he becomes Liam Neeson‘s next target. The actor plays a drug kingpin who murders Neeson’s son, leading the action star to set on a familiar path of revenge that sees him use his “special set of skills” to get to Bateman. His character is described as “a fastidious gangster who wears Tom Ford suits, is a vegan, drives a Tesla and murders people,” according to The Hollywood Reporter.

Snatched hits theaters Friday while Murder on the Orient Express arrives in November. 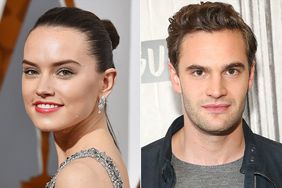 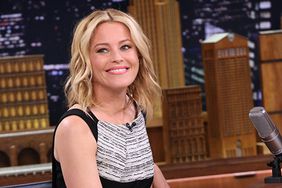 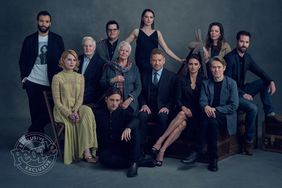