Rupert Murdoch‘s ex-wife Wendi Deng Murdoch has denied rumors she is dating Russian President Vladimir Putin – and also hit out at claims she had a relationship with former U.K. Prime Minister Tony Blair.

Earlier this year, rumors swirled that Deng Murdoch, 47, and 63-year-old Putin, who is married, had sparked a romance. But Deng Murdoch told Vogue that she doesn’t even know the Russian president.

“I’ve never met Putin,” she told the magazine. “But wow, so much press about it. Why did they choose me?”

Although she denied dating rumors, Deng Murdoch told Vogue that she is single and happy to be fixed up.

Deng Murdoch also addressed rumors that she was romantically involved with Blair – friends of Deng Murdoch told Vogue that the Vanity Fair article mentioning the alleged affair crushed her.

“Both Tony and [his wife] Cherie Blair are good friends,” Deng Murdoch told Vogue. “That continues to be the case. I could worry about what people say all day long, but it’s not a very productive way of using my energy. If you ask my friends, they’ll tell you that I don’t complain very much.”

The billionaire Fox News mogul, 84, filed for divorce from Deng Murdoch in June 2013 after nearly 14 years of marriage. The couple has two daughters, Chloe, 13, and 14-year-old Grace, and Deng Murdoch told Vogue that she and Murdoch parent as a team.

“Rupert’s a very good father,” she said “Strict like me. We attend school conferences together. We both make sure they learn Chinese, do well in math. We make decisions together about how they use social media. We never want them to say, ‘Well, Mommy said this’ or ‘Daddy said that.’ ”

In the years since the divorce, Deng Murdoch has emerged as a business woman, socialite and even a film producer (she lent her producing talents to 2011’s Snow Flower and the Secret Fan). But Deng Murdoch told Vogue that she has always been a hard worker.

“I never really quit work,” she said, referring to her time married to Rupert Murdoch. “I don’t think I ever considered myself just a rich wife. When E-Trade first started, I was at home moving stocks around.”

Now, Deng Murdoch acts as a fixer to help connect her slew of high-power friends (including throwing lavish dinner parties at her New York apartment), according to Vogue.

She was even responsible for bringing together Ivanka Trump and Jared Kushner, according to the magazine.

“Everything she has is available to her friends, which, believe me, is not common,” Trump told Vogue of the woman. “There’s nothing that doesn’t interest her, and she can hit five topics in a 35-second conversation. It’s really a whirlwind with Wendi. I can’t recall the last time I had a conversation with her that didn’t conclude with her connecting me to four people who might become great friends or great business opportunities.”

Meanwhile, Murdoch recently married former supermodel Jerry Hall, who was with Mick Jagger for more than 20 years and has four children with the Rolling Stones rocker.

Murdoch recently stepped in as chairman and acting CEO of Fox News Channel and Fox Business Network after Roger Ailes left the network amid a sexual harassment lawsuit. 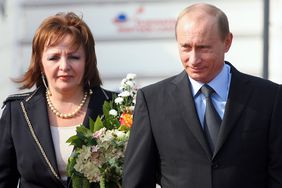 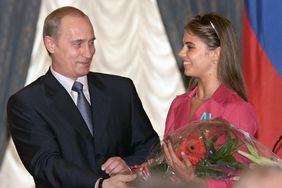 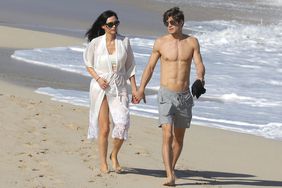 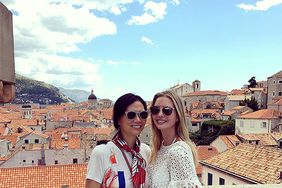