They got engaged last year in Disneyland’s Haunted Mansion, so it made perfect sense that Blink-182 drummer Travis Barker and former Miss USA Shanna Moakler would marry in high gothic style on Halloween Eve, PEOPLE reports.

With the help of planner Mindy Weiss, the two conjured a red-and-black wonderland inspired by their favorite film, Tim Burton’s The Nightmare Before Christmas, at Santa Barbara’s Bacara Resort & Spa. Beneath an incense-scented floral arch, they exchanged roses and teary vows before 250 guests.

“I had to try to think of something funny that she’s done so I didn’t completely lose it,” says Barker, 29, whose groomsmen included bandmates Mark Hoppus and Tom DeLonge.

The couple’s son Landon, 1, wore mini versions of his dad’s tux and mohawk. For Moakler, 29, the mix of wacky and winsome proved a potent concoction. “Even though it was different and wild,” she says, “it was really upscale and romantic.”

In other wedding news, PEOPLE reports that MTV’s Jackass and Wildboyz star Chris Pontius wed his girlfriend of two years, Claire Nolan, on Oct. 29 down the coast in Malibu. It’s the first marriage for both. 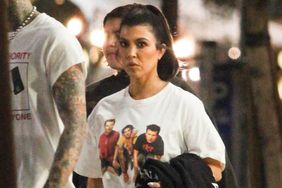 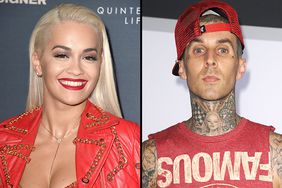 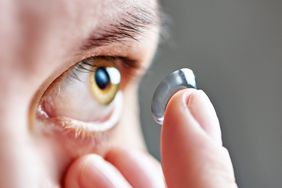