Check out the red carpet triumphs and trip-ups of your favorite stars at the 2007 VMAs – then rate the looks yourself! By Melissa Liebling-Goldberg

The singer is a modern goddess in her draped golden Reem Acra gown and intricate high ponytail.

With boyfriend Pete Wentz performing at the VMAs, the singer sizzles solo on the red carpet in a peekaboo little black BCBG Max Azria dress.

The Kingdom star shines on the red carpet in a beaded white Temperley minidress, Cartier diamonds and loose waves.

The Hills star shows off a silver-spangled minidress from her own clothing line.

The star is the picture of 1950s glamour in her platinum bouffant and leopard-print Dolce amp Gabbana corset dress.

The singer is sleek and chic in a strapless black leather-trimmed Hervé Légér dress and classic red lips.

The singer is retro-chic in a clinging brown Roberto Cavalli column dress, gold Ofira earrings and a blonde bob.

The presenter has the Midas touch in her molten golden frock and T-strap pumps.

The "Lip Gloss" rapper pays homage to her status as the "baby" of hip-pop in her nursery-inspired outfit – don't miss the blinged-out pacifier! 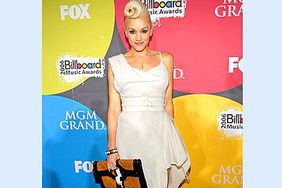 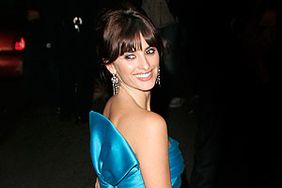 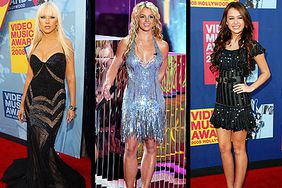