"I have a real, genuine connection with Jen," the comic actor tells Parade

Though they’ve been apart romantically for more than a year, Vince Vaughn is still known as Jennifer Aniston‘s ex – and that’s fine with him.

“I have such a great friendship with Jennifer,” the host of Vince Vaughn’s Wild West Show, 37, tells this Sunday’s edition of Parade magazine. “Really, I still talk to her constantly. I have a real, genuine connection with Jen. And I have a real appreciation of her. That continues to this day.”

The two, who starred together in summer 2006’s The Break-Up, dated for a year and a half before breaking up in December 2006, yet their relationship has long remained amicable. In February 2007, he attended her 38th birthday party.

“I always try to keep my relationships quiet and my work at the forefront,” Vaughn says.

“I haven’t been someone to go and talk about those things, because that’s not what I want to be known for,” he adds. “In regular life, people date, and sometimes it works out, and sometimes it doesn’t. We get more attention because we’re more known.”

“I’ve been fortunate that the women I’ve dated seriously get used to it, because I think I’m attentive and aware in other ways,” Vaughn says. 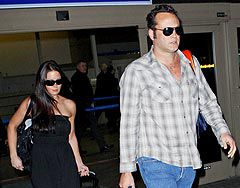 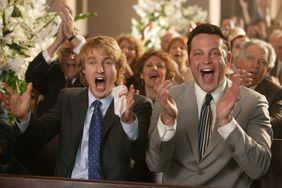 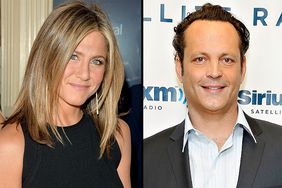 Ex Marks the Spot: Jennifer Aniston and Vince Vaughn Have Accidental Run-In at Dinner in L.A. 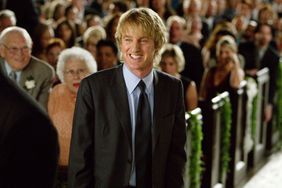