One poor actor’s bad luck turned out to be Viggo Mortensen’s fortune as far as landing the role of the king in director Peter Jackson’s “The Lord of the Rings” trilogy.

When shooting first began in October 1999, Stuart Townsend, a then 26-year-old Irish actor who later appeared in “Queen of the Damned” and last summer’s “The League of Extraordinary Gentlemen,” had nabbed the enviable role of the warrior Aragorn, a reluctant hero whose courage and royal bloodline help defeat the ancient evil of Sauron.

But it soon became clear that Townsend was too youthful to convey the sense of wisdom and world-weariness needed for Aragorn, Jackson tells the Associated Press. So out with Townsend and in with Mortensen — as an entire cast and crew of thousands stood waiting in New Zealand and a $270 million budget remained at stake.

“We had to make a very hard decision very quickly, without having anyone else cast,” Jackson said, recalling that scenes were shot that didn’t require Aragorn’s presence until he settled upon casting Mortensen, then 41.

“The best thing I can say about it is I didn’t have any time to get nervous. I just had to do it,” Mortensen says more than four years later, as the latest and final installment in the series, “Return of the King,” is opening around the world to fairly spectacular reviews.

The box office is predicted to be fairly spectacular, too. In London Thursday night, reports PEOPLE, “Rings” stars Mortensen, Ian McKellen, Liv Tyler, Andy Serkis and director Jackson amiably greeted a crowd of 10,000 in Leicester Square — a record number of fans for a British film premiere.

“I love the fact that when I tried to read Tolkien in 1971, that it was impossible and I had to put it away and now it’s given me a portal … into that world,” enthused former Eurythmics singer Lennox, 49. “I think it’s given everyone that opportunity, including my kids, who would never have been interested in the Tolkien books. I think it’s an incredible achievement.” 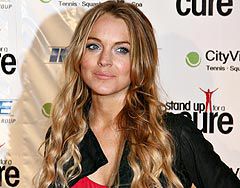 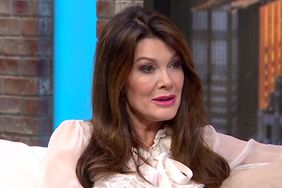 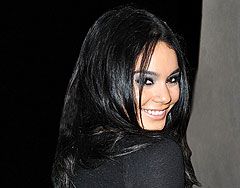 Crystal Catches a Big One