Vieira: 'The View' Has Become a 'Joke'

As her Sept. 13 debut on Today grows even closer, Meredith Vieira is not looking back on her nine years on The View. But she does dis it.

Speaking about her former ABC vehicle, Vieira tells Time magazine that she “needed to think ahead” and no longer watches the daytime chatfest.

“But I have to admit,” she says, “the day after Star (Jones) made her announcement (about leaving), I watched. I feel very sad for everything that’s happened and for everybody involved. I’m proud of the work we did there, but it’s not a good time in the history of that show. It’s hard to watch. It sort of became a joke.”

Asked if she’d grown tired of The View, she says: “Not tired, but I’d been doing it for nine years. The positive side was that it was like a wonderful, comfortable pair of slippers. But you can become so blasé.”

Though she turned down a job on CBS’s Early Show in 2002, Vieira said, she couldn’t turn her back on NBC’s Today.

“I have the opportunity to do pretty much any story I want to do,” she says. “And if I don’t do this now, I’ll probably not get offered it again. I’d kick myself. I’m not somebody who loves getting up at 4 in the morning, so this might kill me, but we’ll see.” 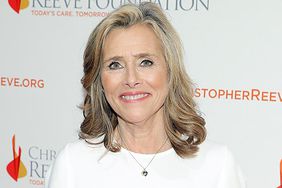 Meredith Vieira on If She Misses 'The View' : 'It's Changed a Lot'

Jessica to Be Rosie's First Guest on 'The View'

Matt Lauer: Meredith Can't Go Back to 'The View'