The former Spice Girl joins her husband David Beckham, who received an OBE in 2003

It’s an extra special holiday season for Victoria Beckham — PEOPLE confirms she has been named on the Queen’s Honours List for 2017 for her contributions in fashion and her charity work.

Joining her husband David Beckham, who received an OBE (Officer of the Most Excellent Order of the British Empire) in 2003, the 42-year-old was “delighted and humbled for the recognition.”

After dominating the music world as part of the Spice Girls, Beckham turned her attention to fashion and is now a staple in the industry. Her designs are regularly worn by Hollywood heavyweights such as Cameron Diaz, Anna Kendrick and Kate Winslet, and she opened her first store in London in 2014.

The mother of four’s humanitarian work is also being acknowledged, including her philanthropic work as a UNAIDS goodwill ambassador.

In the documentary Our Queen At Ninety, David called receiving his OBE at Buckingham Palace for his achievements in sports “one of his proudest moments.”

“That day was special for me because I brought my grandparents with me, it made me proud that I could bring them to somewhere that they worshiped for their whole lives,” he said. “Meeting the Queen, it doesn’t get any better than that. You can feel the emotion, I can personally feel the emotion, because I just love everything about our Queen and what she represents.”

What do you think of Victoria’s honor? Share below! 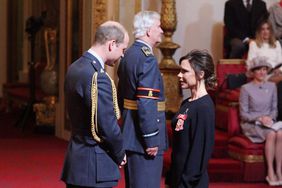 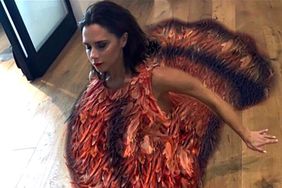 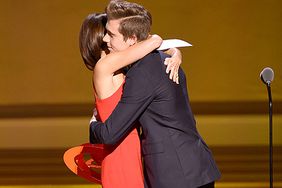 Victoria Beckham Thanks Husband David in 'Glamour' Women of the Year Speech: He 'Loves and Inspires Me Every Single Day' 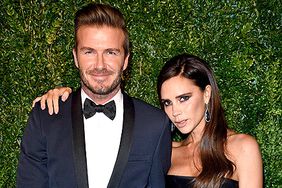 Victoria Beckham Shrugs Off Rumors About Marriage Troubles with David: 'My Husband Constantly Inspires Me and Guides Me'