From the bloodthirsty team of Riley and Victoria to the scrappy shapeshifters, get to know the new faces of the Twilight saga

The Aussie actor, 26, joins Eclipse as Riley, a human who falls for evil vamp Victoria and becomes a bloodsucker to do her bidding. "It's a bizarre thing, the whole celebrity phenomenon," he told Australia's Sunday Mail. "It's a little strange having someone follow you to get a coffee."

She replaces Rachelle Lefevre as Bella's fiery nemesis – who creates an army of newborn vampires to hunt down Edward's true love. Howard, 29, told MTV she felt "a huge responsibility to do my best." She needn't worry: "She's such a good actress, it was easy to be scared of her," Kristen Stewart said of Howard's Victoria.

Onscreen, she's a crazed newborn whose mission to kill the Cullens is detailed in author Stephenie Meyer's novella, The Short Second Life of Bree Tanner. Offscreen, she's a proud member of Team Edward who was "really excited to meet Robert Pattinson," the 15-year-old told E! News.

"As soon as they put in those red contact lenses, I was another person," says Sandino, 29, of her role as Maria, the seductive 19th-century vampire who sires Jasper and creates a gang of vampires with him. "It was so nice to be an evil vampire!"

The best part about playing Leah Clearwater, the only she-wolf among her pack of male costars? "They take care of me," the ER alum, 29, has said. "I feel like the youngest daughter." The worst part? "They're loud ... and they wanna borrow your hair products!"

The 27-year-old Brit – who is Anjelica Huston's nephew – said he had to dive into "a bit of a darker place" to play Royce King II, Rosalie's abusive fiancé. In real life, he's in a much happier place, dating So You Think You Can Dance host Cat Deeley.

The Caprica star, 25, says it took three wardrobe women to lace her into her corset to play vampire Nettie, one of Jasper's old gang, in an Eclipse flashback. "It was very tight," she says, "But I'm willing to take the pain!"

"I've been playing the girl next door for years, so it was fun to be bad," says the 19-year-old Kyle XY star, who showed her inner bad girl as Lucy, the last of Jasper's old army of Southern vampires.

Before he joined Taylor Lautner's tribe as scrappy shapeshifter Seth Clearwater, the 16-year-old was a pop star, recording with Walt Disney Records group T-Squad. The day after learning he was cast as a wolf, "I was screaming!" he said. But his revelry was short-lived. "The next day my mom made me go do yard work, so we're pretty down-to-earth." 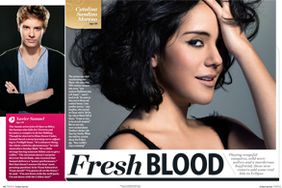 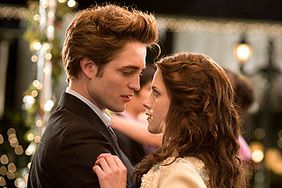 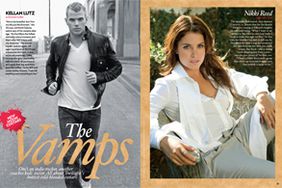 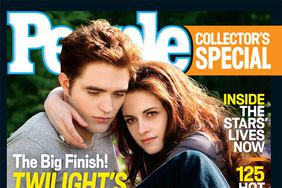 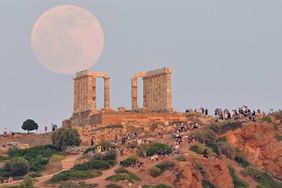 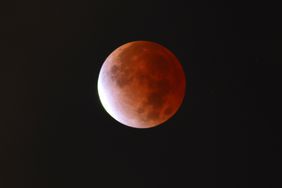 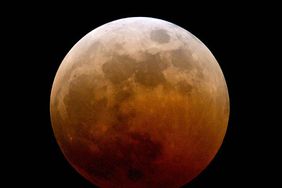 Everything You Need to Know About the 'Blood Moon' Lunar Eclipse 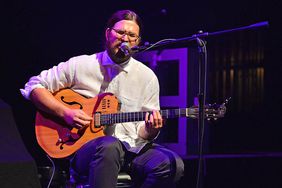