Get those sparklers out – Vanessa Williams is a married woman!

The actress tied the knot Saturday with fiancé Jim Skrip in front of their family and friends, her rep confirms exclusively to PEOPLE.

Williams announced her engagement in September during a taping of The Queen Latifah Show.

“I got engaged,” the Ugly Betty star, 52, confirmed after Latifah joked with her about being blinded by her new bling. “I have had a lot of good things happen I just got engaged a couple of weeks ago. It has been a lot of blessings.”

Earlier this year, she opened up to Madame Noire about meeting her now husband, who hails from her mother’s town of Buffalo, New York.

“You never know what you’ll find and where you’ll find it,” she said. “I was on vacation with my daughter going to Egypt, cruising on the Nile. I wasn’t looking for anything. I’d been alone for a number of years and divorced for 10 years at that time.”

Skrip “accepted me for who I was after a wonderful first three-hour date of talking about ourselves,” said Williams. “We found out we had a lot of things in common.”

This is the third marriage for Williams, who has four children with exes Ramon Hervey II and Rick Fox. 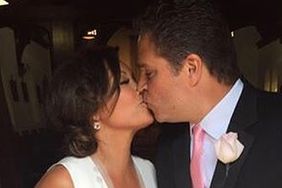 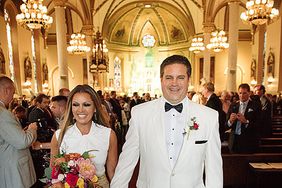 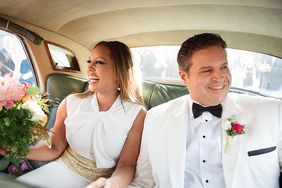 Inside Vanessa Williams's Egyptian-Themed Wedding: All the Details!