Over three decades after Vanessa Williams resigned her Miss America title due to a nude photo scandal, the 52-year-old actress-singer-model returned to the pageant Sunday to serve as a judge.

“We are thrilled to welcome her ‘home’ as our head judge as she helps select the 95th Anniversary Miss America,” Miss America Executive Chairman and CEO Sam Haskell, III told PEOPLE ahead of the event.

Williams – who was welcomed back by the organization 32 years after the release of nude photos caused her to relinquish her title – judged the contest alongside Zendaya, Brett Eldredge, snowboarding bronze medalist Amy Purdy and Taya Kyle, veteran activist and widow of US Navy SEAL Chris Kyle.

The pictures, which were taken a year before her victory in the 1984 pageant, surfaced 10 months after Williams – the first black Miss America – was crowned.

After Penthouse magazine announced their plans to buy and publish the photographs, Williams resigned her Miss America title in a press conference in July 1984, and the crown was passed down to runner-up Suzette Charles.

But only four years after publicly relinquishing her title, Williams managed to establish herself as a serious recording artist with her debut album, The Right Stuff, which garnered her a 1989 Grammy nomination for Best New Artist.

“I knew once the dust settled I’d get the chance to show people who I am,” Williams told Good Morning America’‘s Robin Roberts on Thursday.

The star went on to appear in a variety of iconic roles earning her a handful of awards, including three Emmy nods for her portrayal of editor-in-chief diva Wilhelmina Slater in the ABC comedy series Ugly Betty.

VIDEO: Which Stars Were Brave Enough to Go Without Makeup for This Photo Shoot?

The event on Sunday opened with a public apology to Williams from Haskell.

“I have been a close friend to this beautiful and talented lady for 32 years,” he said. “You have lived your life in grace and dignity and never was it more evident than during the events of 1984 when you resigned.

Williams responded by giving Haskell a kiss on the cheek and calling the moment “unexpected but so beautiful.

“I did the best I could as my reign of Miss America 1984, on behalf of my family, my mother in particular. I’m so honored to be back.” 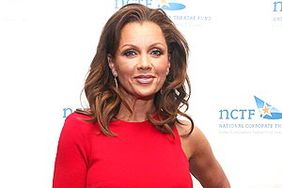 Full Circle! Vanessa Williams, Who Resigned as Miss America in 1984, Will Judge 2016 Pageant 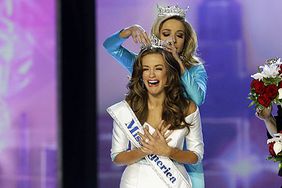 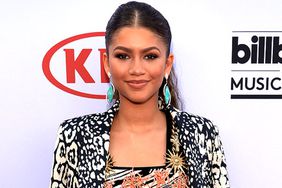 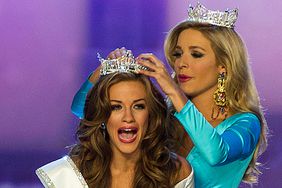 5 Things You Need to Know About Miss America Betty Cantrell (Hint: She Has 'Very' Strong Opinions About Tom Brady) 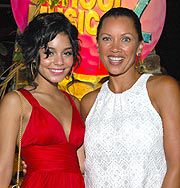 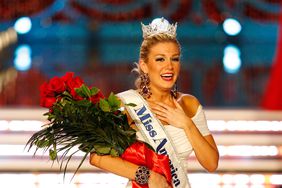