The comedian was Morgan's longtime friend and mentor

James McNair, known in the comedy world as Uncle Jimmy Mack, died June 6 in the multi-vehicle accident on the New Jersey Turnpike that put Tracy Morgan in critical condition. He was 62.

McNair, who was from Peekskill, New York, became close friends with Morgan after the two met at Harlem’s Uptown Comedy Club when Morgan was first starting out. McNair acted as a mentor to Morgan and accompanied the 30 Rock star to his show at the Dover Downs Hotel & Casino in Delaware, from where they were returning when the accident occurred.

Morgan’s ex-wife, Sabina Morgan, also noted their close friendship, telling The New York Daily News, “He was one of the first comedians that took Tracy under his wing. They were very close.”

Many of McNair’s peers expressed their condolences after learning of his death. On Saturday, Steve Martin Tweeted, “So sorry to hear about the death of fellow comedian Jimmy Mack in the horrible accident.”

Royale Watkins, a Los Angeles-based comedian who said he had performed in New York clubs with Morgan and McNair, described McNair as having a big personality.

“There may be guys like Tracy who get the fame and notoriety, but you have people like Jimmy Mack who have kind of energized and fueled cats like Tracy and kept them going on the road,” Watkins told the Associated Press.

According to the Journal News McNair leaves behind a son, a daughter and siblings. He was well-known in his community, often volunteering at his local church and hosting The Original Uncle Jimmy Mack’s Amateur Hour. 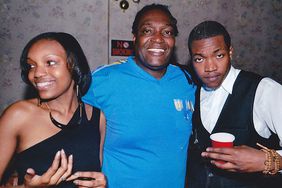 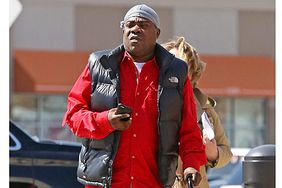 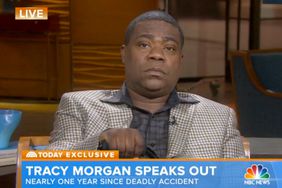