David Blue is attacked after a cast party in L.A. over the weekend

He may be used to plot twists on Ugly Betty, but actor David Blue experienced his own unexpected turn of events on Friday when he got mugged leaving a cast party in L.A.

“It was amazing that only 10 feet away there was a window of people drinking and having a good time,” Blue tells PEOPLE about being held at gunpoint. “They got my house keys, too, so the past weekend felt a little creepy. But I’m good. I’m really lucky.”

After posting a detailed account of the incident on his personal MySpace page, the actor, who plays photographer Cliff on the show, was flooded with supportive messages from concerned friends and co-workers. “I got e-mails from [Ugly Betty costar]”] Michael Urie and other people from the show. I’m just humbled by their concern that I was okay and that everything would be okay.”

Walking away with his safety, his biggest loss was a digital camera he received as a present last Christmas which held the only snapshots he had with his cast. “Because of the strike, I don’t know when I’ll see them again and the party was the only time I took pictures with America, Michael, Becki, and everyone.”

Though his attackers have yet to be identified, he says police have solid leads because of Blue’s quick thinking. Since he immediately canceled his credit cards, his bank was able to track irregular transaction activity to pinpoint the location of the attackers. “I might marry my bank,” Blue joked.

Her Name Rhymes with Flair, and Actress Mare Winningham Has It to Spare 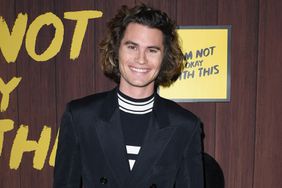 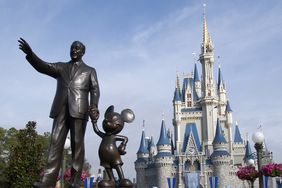